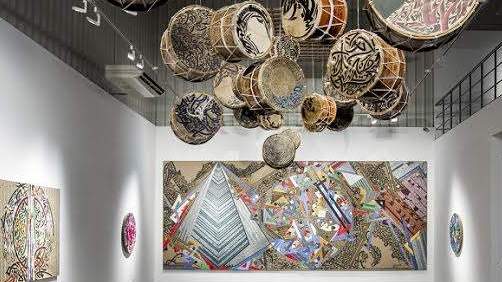 Local and international artists will come together in the Capital to exhibit their works of art during the eighth edition of Abu Dhabi Art, which opens its doors to the public at Manarat Al Saadiyat today.

Some of the world’s most captivating artistic presentations and performances, coupled with distinctive dialogue platforms from leading artists, art historians and curators will be part of this year’s fair.

Held under the patronage of His Highness Shaikh Mohammed bin Zayed Al Nahyan, Crown Prince of Abu Dhabi and Deputy Supreme Commander of the UAE Armed Forces, Abu Dhabi Art presents an art fair and an extensive public programme that connects with the wider community. The programming bears testament to Abu Dhabi’s artistic evolution, presenting to audiences a diversity of cultural experiences that underpin Abu Dhabi’s position as a cultural hub.

Saif Saeed Ghobash, director-general of Abu Dhabi Tourism and Cultural Authority (TCA Abu Dhabi), highlighted the importance of the event. “Abu Dhabi Art celebrates the cultural diversity of the region and is a platform for artistic expressions, serving as a vibrant beacon of Abu Dhabi’s creative ambitions, intellectual exchange and inspired dialogue.”

As many as 40 established and innovative galleries from 20 different countries will be included in this year’s fair, presenting iconic artworks by internationally renowned and emerging artists from Europe, Asia, North America and the Middle East.