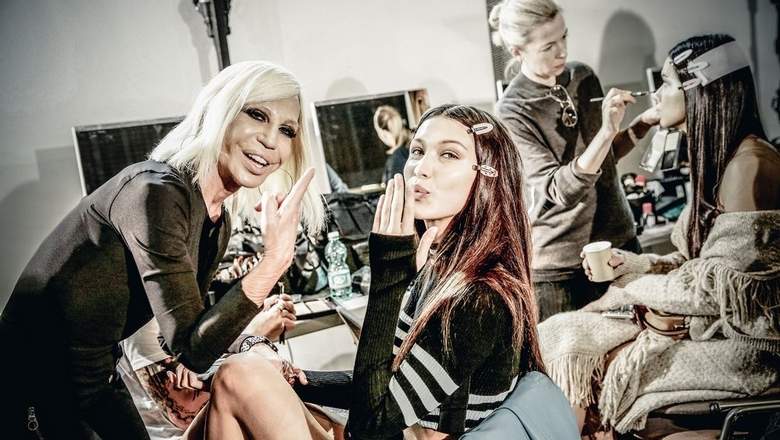 IT’S ONE OF the most recognisable names in the fashion industry with celebrity fans ranging from Elton John to Bruce Springsteen. Yet Versace’s business and couture fate could have been so different. When the founder and head of the family Giovanni was inexplicably killed in 1997, it was the swift actions of a grieving family that secured his legacy.

At the forefront was Giovanni’s sister, Donatella, who took over as creative director and to this day fronts the operation, espousing the glamour with which the brand is synonymous. There isn’t a fashion gathering on Earth that will fail to send her an invitation. Movie premieres, personality weddings and concerts, Donatella is one of the most photographed women in the world and with each click of a camera manages to persuade thousands of people to part with their money for her brand of style.

Tonight, Donatella is in Dubai to further the reach of another arm of the commercial enterprise – hospitality. As well as residences, collaborations on home items and even car and helicopter companies, hotels are another major contributor to the marque. Dubai is home to the second Palazzo Versace, the 16th century style Italian palace dominating Dubai Cultural Village.

Donatella has exclusively designed the interiors and furniture for each of the 215 rooms while the exterior possesses subtle traces of Arabian influences to blend in with the local surrounds.

“I am thrilled to attend the grand opening of Palazzo Versace Dubai,” Donatella has said. “I visited the hotel prior to opening, and was amazed at its beauty. I’m also excited to bring our couture collection to Dubai for the first time ever.  The United Arab Emirates is a very important market for Versace, and we have many brand loyalists living there.”