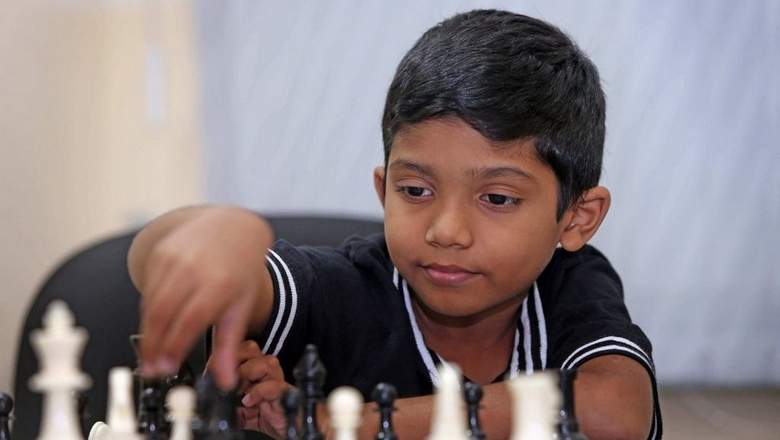 Jayden D’Mello is a precocious little guy. Watching him run around the room, full of energy, is incredible – considering the kid beat cancer, twice, before the age of six and was, at one point, given just three weeks to live.

But those days seem to be well behind the eight-year-old, who is already on to other achievements – including winning gold for India at an international meet for cancer survivors in Russia.

Accompanied by his family, Jayden is in town for a week – part of the family’s recently adopted credo to “take every opportunity and make the most of their time together” – and as we sit down to chat, his parents, Sanjay and Trinette, cautiously ask if the kid could take a walk with his older brother Darren in the meanwhile. “We don’t want him to feel overly conscious [of what he’s been through], by telling the story too many times in front of him,” explains his dad, apologetically, once the youngsters had been sent out with gentle instructions not to ‘go too far or disturb anybody’.
“It brings back a lot of many unpleasant memories,” clarifies Trinette, who then takes up the narrative of Jayden’s remarkable story. As with almost every case of cancer, this one too began with a lump – noticed in Jayden’s side when he was a little over four years old in September 2012. There were no other symptoms, she notes (“no pain, bleeding, vomiting, fever – absolutely nothing”). The couple took their son to the paediatrician – and that was their first indication that “something really bad” was going on. “We were having a lovely conversation with the doctor and he finally asked us why we were there. We showed him the lump – and he stopped smiling. And we knew that something was very wrong.”

Tests confirmed that Jayden had stage 3 Wilms tumor – also known as nephroblastoma, a cancer of the kidneys that typically occurs in children – and by the next day, he had a kidney removed. Chemotherapy and radiation followed quickly. The treatment lasted eight months, and though Jayden resumed school again in June 2013, about nine months later, in February 2014, the cancer was back – this time in the lungs.

“We’d been doing check-ups every three months – but lungs weren’t part of that check,” recalls Trinette. “The doctors were mostly looking at the abdomen, because recurrence is usually expected in the same location or in the liver.” Jayden, however, had begun finding it difficult to breathe. That’s when more tests revealed a tumour so big, his lungs had collapsed  under the weight of it. “It was around this time that we were told he had about three weeks to live,” adds Trinette.
The tumour could not be operated upon immediately due to its size and the couple was advised to take him to Tata Memorial Centre in Mumbai. Doctors there confirmed that Jayden would need to undergo more chemo – only this time, the sessions would require him to be admitted for three days at a time. “We had no choice but to start what they were calling ‘salvage chemo’ [a somewhat morbid term referring to the chemo given to a patient when all other options have been exhausted] for the first three months,” says Sanjay. “Incredibly, though, after the first evaluation, doctors found that the medicine had worked favourably on Jayden and the tumour had completely shrunk! There was nothing left to operate.”
Trinette recalls the radiologist calling it magic. But for her and Sanjay, it was an answer to prayer. “There were hundreds of people praying for this child,” she says. “I even got an email from a priest in China once, telling us that he was praying – turns out he was someone known to my uncle, Adolph. Basically, every friend and relative we had, had told their friends and family to pray – and we honestly believe it’s prayer that has carried us through to this day.”

Surgery was out, but doctors told the D’Mellos that Jayden would still need to undergo a full year of chemotherapy. “It took more than a year,” says Trinette. “Obviously, it wasn’t easy. The port itself was a horrible thing – it had to be surgically inserted into his chest first, and would be flushed each time, before an IV line could be hooked into it and the chemo administered. Everywhere Jayden went, he had to cart the IV pole with him. He was taking blood tests every week – plus additional pricks for the intra-muscular injections needed to keep his blood cell counts up.”

Jayden’s low immunity meant that he had good days and bad days. The days his counts were good, he was allowed to go down to the neighbourhood compound and cycle with the other kids. “Not once did those kids point out that he was bald or that he looked different,” notes Trinette, gratefully. “The rest of the time, he’d just play indoors with his brother. They’re four years apart, but incredibly close.”

Neither parent can explain how the family got through those days, but testify that they’ve all grown a lot from the experience. “For all of us, our faiths have been strengthened… Darren is more mature than other kids his age. As for Jayden, he used to howl and would need to be held down for every shot at first. But the second time around, he was perfectly calm. Most kids his age will fuss, but if he has to take a shot now, he’ll just hold out his arm.”

It’s been a year since Jayden has been ‘all clear’. The family still goes for checks every six months. But as Sanjay says, “The reason we rejoice everyday is because we’ve learnt that, with cancer, you never know when it will return. Any opportunity we get to do something together now, we take it. That’s how we decided to visit Dubai.” For their part, the kids’ excitement came from seeing all the tall buildings – but more than anything else, they were thrilled to see the cars. “We don’t get to see such cars on the roads of Mumbai,” laughs Trinette.

Jayden and his brother are back after their stroll, and the former is keen to talk about his exciting summer, when he attended the World Children’s Winners Games in Moscow, as part of an Indian contingent of seven childhood cancer survivors, organised by a non-profit organisation called Gift of Life. Jayden entered four tournaments and won gold in two: chess and football. Asked which one he prefers, he responds decisively, “Chess is better. You don’t have to run after a ball and you don’t get hit.” There are laughs all around.

The little grandmaster says he practised chess for two hours every day during the summer in preparation for the games. As a result, the competition in Russia wasn’t very difficult. “I had to checkmate my opponent in five minutes every game,” he adds, before reeling off a series of chess moves he used as special checkmate tactics. He has bigger plans going forward and reveals that he’d like to be a doctor when he grows up. “But I haven’t decided what kind yet,” he says, with a shy smile.