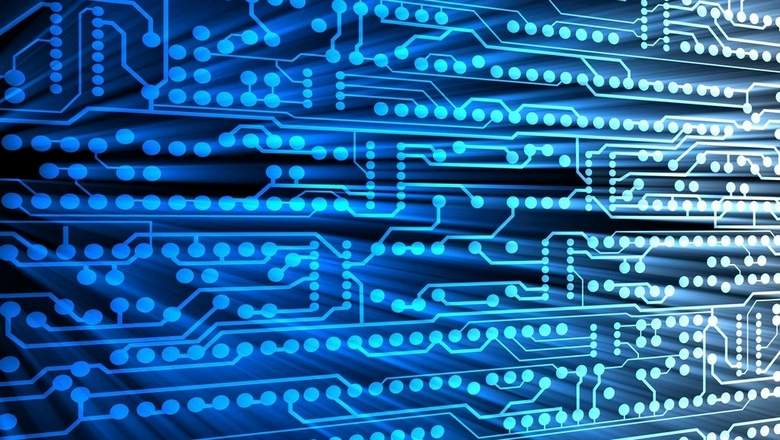 Blockchain technology is complex, but the idea is simple. While blockchain was developed for cryptocurrencies and bitcoin, its application is transforming the way trade is conducted. It could fundamentally change the financial services industry by dropping the cost and complexity of financial transactions and improving transparency and regulation.
A blockchain is a data structure that makes it possible to create a digital ledger of transactions and is shared among a distributed network of computers. There is no central authority and the entries are passed in an encrypted way across the servers.

Once a block of data is recorded on the blockchain ledger, it’s extremely difficult to change or remove it. When someone wants to add to it, participants in the network who have copies of the blockchain run algorithms to evaluate and verify the proposed transaction, ie, identifying information that matches the blockchain’s history. The new transaction will be approved and a new block added to the chain. Each entry has its own digital signature and is on the ledger such that all the participants can see and verify.

A blockchain’s network can include everyone with a computer or a small group of known entities that agree to participate. Each computer in a network is called a node. In its ideal state, each node has a copy of the entire ledger, like a local database, and works with other nodes to maintain the ledger’s consistency. That creates fault tolerance, so if one node disappears or goes down, all is not lost. The network protocol governs how those nodes communicate with one another.

In other words, blockchain can be visualised as a mesh of servers interconnected through a secured protocol, where value is communicated, stored and transferred. It is like the Internet, which is a digital medium for information. Blockchain technology can also take networked business models to a new level by supporting a whole host of breakthrough applications: native payment systems that run without banks, credit card companies and other intermediaries will cut cost and time from transactions.

Let’s take the example of cross-border payments. Typically, in a cross-border payment, the message of fund transfer goes with the fund via the Swift network, touching correspondent banks until it reaches the beneficiary. Imagine Bank A sending a $50,000 transaction a day between the UAE and the UK. Each beneficiary gets the funds when the message containing details of fund transfers and money reaches the beneficiary bank (Bank B).

The gross settlement between Banks A and C can happen at the end of day. What it effectively means is that the cost of transfers is reduced and has better customer experience by receipt of near real-time payment. Payment transfer can also be overlaid with trade finance documentation, thus enabling cross-border B2B payments digitally and instantaneously in a secured way. The concept can be further extended to mortgages, where the title of the property can have a lien and shared back and forth between the government land department and the bank through blockchain, enabling reduction in fraud.

The application of blockchain is not just restricted to finance. The Internet caused a lot of artists and musicians to lose intellectual property (IP) value due to piracy. Blockchain provides a technology platform to safeguard the IP right of the creator and thereby enabling them to appropriately monetise. Some companies see an opportunity to use blockchain to track the movement of assets throughout their supply chains or electronically initiate and enforce contracts.

The writer is director at Cedar Management Consulting International. Views expressed are his own and do not reflect the newspaper’s policy.