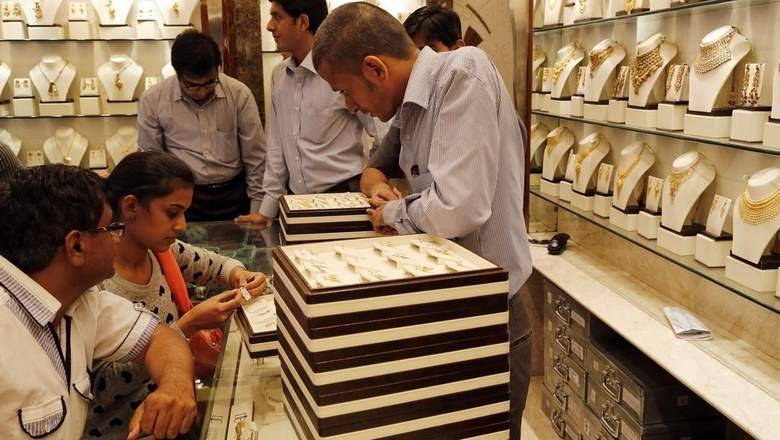 I adhere to the old Wall Street folklore first thing every morning. Watch the four heartbeats of global finance in real time: the price of gold, crude oil, US dollar and the 10-year US Treasury note.

Gold soared to $1,338 on Election Day as it became clear that Donald Trump had pulled off the greatest upset in American politics in modern times.

Yet once Wall Street concluded Trump’s pro-growth agenda meant much higher interest rates, gold plunged more than $135 an ounce to $1,203. The yellow metal’s woes contrast with copper, which soared more than $1,200 a metric tonne or 20 per cent in its best week in 30 years. A Trump win was supposed to be good for gold because it meant geopolitical risks (Mexico), trade wars (China) and inflation. I even heard dark warnings about “Trumpflation” from City brokers.
Exactly the opposite happened. India’s large bank note reform is a disaster for bullion demand in the world’s biggest jewellery market. New sanctions force Iran to dump its gold reserves. The US dollar’s surge to 14-year highs guts the yellow metal due to its negative correlation to the greenback.

Gold is supposed to be a hedge against inflation and even Janet Yellen has conceded that inflation expectations have risen once the Trumpkins move into the White House. Yet Wall Street has dumped, not bought gold, despite Trumpflation. Gold safe haven demand evaporated once financial markets concluded Trump was no Dr Strangelove, but a real estate salesman and showman extraordinaire. Yet the Age of Trump will be full of geopolitical, economic, wage inflation and legislative shocks. This is where gold bottoms, possibly somewhere near $1,080 an ounce.

My King of Kings Dollar scenario has come true as the US Dollar Index surged to 101. The Canadian dollar has plummeted to 1.35. The euro has fallen below 1.06. Sterling, despite “soft Brexit noises” from Downing Street, Westminster and the High Court, limps along at 1.23. The Empire of the Rising Sun has morphed into the Empire of the Sinking Yen as Japan’s currency is in free fall from 100 to 110 since Election Day. Emerging markets currencies (and debt) have been crushed since Election Day. The Mexican peso lost 10 per cent against the US dollar. Caramba! The Brazil Real is down eight per cent. The Chinese yuan is headed to 7.2. King Dollar has gone on a rampage, a deflation shock for the world and the GCC. Despite Mrs Yellen’s dovish sweet nothings to Congress, I expect the King Dollar uptrend to continue, even accelerate in 2017. Tight money and fiscal stimulus equate to Superdollar, as in Reagan’s first term or Clinton’s second term.

Dr Yellen told Congress the Fed must “remain forward looking in setting monetary policy”. This is code in Constitutional Avenue in Washington DC for the American central bank’s concern about a white hot labour market and rising wage inflation, a rationale for tight money even without Trump. The world’s bond markets now price in an inflation risk premium.

The trillion dollar bloodbath in the bond market will get a lot uglier as the yield on the 10-year US Treasury note rises to 2.80 per cent. The bond markets have coincided that a Republican Congress will approve Trump’s fiscal stimulus plan that would ignite more Uncle Sam borrowing, a higher budget deficit and higher inflation. The era of easy money and rock bottom rates is over. The world property markets have begun to sag as investors price in a protracted rise in borrowing costs. Bonds will be leprosy in 2017, as will real estate.

King Dollar, a surge in US inventories and excess output in the North Sea has led to fall in Brent crude oil from its $52 post Algiers high to $47 now. There is so much excess crude in the North Sea that more than a dozen Aframax oil tankers with black gold cargoes destined for the Rotterdam spot market are moored off the coast of Scotland. The stakes for Opec’s ministerial meeting on November 30 have never been higher. Saudi Arabia alone has the low cost of production and the scale of spare capacity to be able to act as Opec’s swing producer but the kingdom must also be willing to bear the disproportionate financial cost of an output cut. If this does not happen in Vienna, oil prices could plummet to $35 next year. A Russian-Saudi freeze is not enough. A one million barrel a day cut is Opec’s only hope at Vienna.