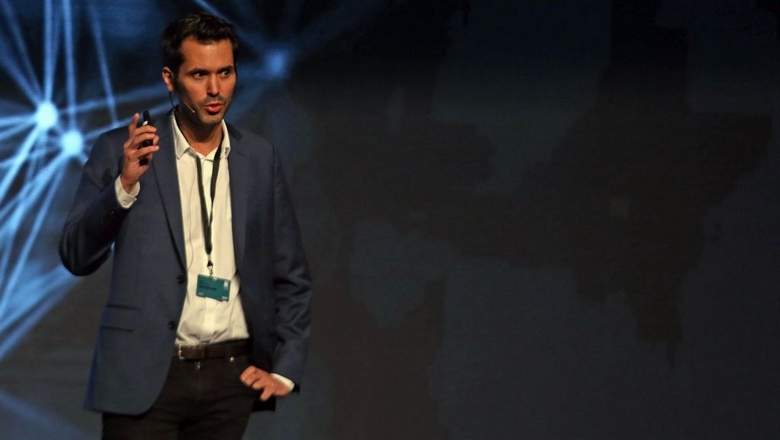 Jonathan Labin failed his driver’s licence test three times. But now that he has it, he still says – ironically enough – that he will “never, ever drive again”.

“Thanks to services such as Uber, that is,” he quips.The message from the managing director of Facebook for the Middle East, North Africa and Pakistan was simple yet clear: Innovation has changed the way we live our lives – and it has made it really convenient.

“You may not know it, but we all have superpowers – and that comes from the technology we have today,” he said at Innovation Live in Dubai on Monday.

He puts this “superpower” into perspective: “I can access any piece of content created through my mobile anytime and anywhere.”

In the middle of the seemingly never-ending technology revolution, Labin identified three key areas that will drive change within the next 10 years.

And while you have probably heard about them, he dug deeper into how this will affect the way we live and do things.

Labin first brought up mobile, saying that we are nowhere near the end of its revolution.

“We’re right in the middle of it,” he said. “Consumers are moving really, really quickly and most companies are trying to catch up.”

What he said was true. He cited the example of the company he works for, Facebook, as a good example: back in 2012, the social media giant was going through some rough patches, including being criticised for not moving fast enough with what its users demand.

But after some decisions from Mark Zuckerberg and Co, we know where Facebook is right now.

“We think that we are now a mobile-first, mobile-best company,” Labin said.

He broke down mobile further into three thoughts: that mobile feeds, messaging and immersive visual communication will be the driving forces behind it. And if you want to catch up, you’d better know the race you’re in, as people’s attention span is shrinking more and more.

The second factor, Labin says, is artificial intelligence. And he’s not talking about some creature straight out of the Terminator series.

Rather, he interestingly compared it to something that we don’t see but what we definitely have a practically universal use for: electricity, something that powers important things we use daily.

“AI poses a huge potential for machines, processes and, of course, humans,” he added.

And going back to the Terminator thought, AI won’t exactly become a sentient being and turn against humanity. Rather, it would be “digital smartness” running behind anything and everywhere, which is relatively cheap, reliable, industrial-grade and really specialised.

The third, is virtual reality – and he says most of us have the wrong impression on it.

“Most people focus on ‘virtual’; the right word to focus on is ‘reality’,” Labin pointed out.

The important thing, therefore, is how to make the VR experience not just as real as it can get, but an engaging one for people – one that has all the ingredients such as fun time-worthiness and value.

CEO Zuckerberg recently teased social VR chat with the Oculus Rift, and Facebook’s Gameroom platform could also be the starting point for an even more immersive VR experience that could rival more established joints in the cyber-world.

Labin is both confident and excited – anxious, probably – of what the future holds when these three factors realise their further potential – some of which may not have even been discovered yet.

“Our lives are going to be transformed even more,” he said. “Look back and you’ll realise how much change has happened in just a decade – and you didn’t even realised it.”

“Let’s all be a part of change – and not be surprised by it.”