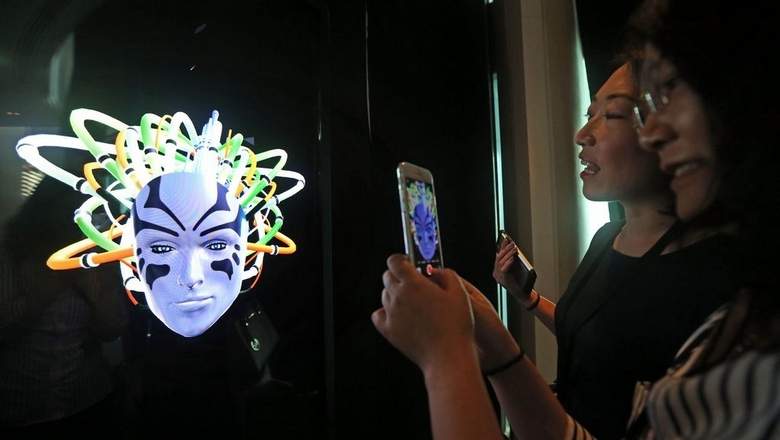 An ex-Apple employee who described Steve Jobs as “very difficult to work with” advised everyone to invest in even the stupidest idea. A 19-year-old who, when he was 15, discovered a cancer-detection method that would cost a patient only three cents. And an artificial intelligence system that almost instantly answers anything you throw at it.

Innovation Live had it all in one busy and informative day – proving that there is no end to potential when it comes to innovating.

Key figures in innovation converged in Dubai for the anchor event of UAE Innovation Week 2016, which also featured interactive sessions with industry figures and live demonstrations showing what we can expect from technology soon.

Innovation Live was kicked off with a keynote from Majid Saif Al Ghurair, chairman of the Dubai Chamber of Commerce of Industry, the official headline partner of the event. He encouraged everyone to be active in coming up with fresh ideas and contribute to innovation-fuelled success.

Huge leaps
Reem Ibrahim Al Hashemi, UAE Minister of State for International Cooperation and Director-General of the Dubai Expo 2020 Bureau, kicked off the event with a keynote that highlighted the huge leaps Dubai has made when it comes to innovation.

She explained the role the Dubai Expo is doing in elevating the UAE in the ranks of the most innovative nations in the coming years.

Guy Kawasaki, an Apple fellow who had worked for the late Jobs and an innovation evangelist, perked up the crowd with his tips on innovation and what he learned from Jobs; he even spilled the beans on secrets in Silicon Valley, where he is based.

More on the Hyperloop concept was also discussed by Bibop Gresta, co-founder and chairman of Hyperloop Transportation Technologies. He revealed interesting facts on how the technology is being developed and assured the audience about its safety.

Jack Andrada, a 19-year-old inventor, spoke of what inspired him to come up with a very affordable and quicker alternative to cancer detection – with the aim to encourage youth to be a part of the innovation revolution.

Other sessions at Innovation Live ranged from digital content strategy to smart buildings and energy to having creative leadership.

There was also an Innovation Arena in which visitors were able to experience concepts in virtual reality, healthcare solutions and an artificial intelligence system that gamely answered questions from people.