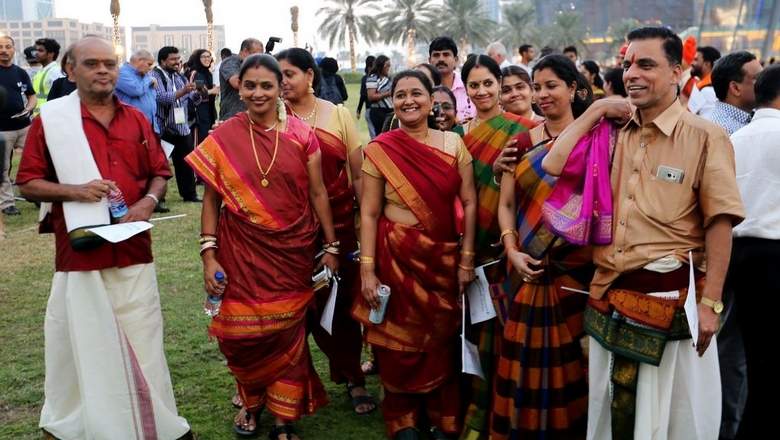 This week’s article continues on the theme of HI-TRAC, the abbreviation that set’s the UAE apart as a start-up centre – Happiness Index, Infrastructure, Talent, Regulations, Access and Capital.

Access to markets is a key requirement for business. Served by home airlines Etihad, Emirates, flydubai, Air Arabia and scores of other airlines, the UAE offers unparalleled access to a region that has more than three billion people within an eight-hour flying radius of the country. The country’s airports are among the best in the world. The ports dotted along its coast are massive transshipment and logistics hubs.

Last week, the International Day of Tolerance was celebrated in the UAE. Comments from the hundreds of participants included one from the Christ Church Jebel Ali chaplain, Reverend Tim Heaney, who noted: “Tolerance has always been practised in Dubai. But what’s great about the last few years is that it has been much more explicit and deliberate, especially with the creation of the Ministry of Tolerance under Shaikha Lubna Al Qasimi.”

Tala Al Jabri, a Dubai-based management consultant, in a recent report said: “Prior to moving to Dubai, I spent 20 years living in Saudi Arabia, Bahrain, Jordan and Canada. Everywhere else, I have always felt a little out of place, like a fish out of the water.”

UAE residents hail from over 200 countries. Each one of us is a potential gateway back to the country of our origin. This is probably why UAE’s start-ups rapidly expand regionally as well as globally.

In this context, I had the opportunity to speak to Prashant (PK) Gulati. Prashant exudes the energy and go-getter attitude that is synonymous with starting up on one’s own.

PK’s list of designations and organisations encapsulates his energy – founder, The Assembly; founder, managing partner, The SmartStart Fund; CEO Optimistix Ventures; special advisor, Dubai Future Foundation; president, Tie Dubai among others. But what stands out is his evangelising role in the area of start-ups and small footprint ideas in the economy of the region and around for the last 15 years. After having founded companies, he realised that support to budding ideas needed to be widespread to give rise to the culture of creation, not just consumption. He founded the Middle East Chapter of TiE, with a group of like-minded entrepreneurs, in Dubai in 2002 – to bring Silicon Valley thought into the region. Among many, two start-ups that he has mentored are Wrappup and Remitr.

He has leveraged his access to multiple geographies to channel idea and support to start-ups in the UAE. For example, NASSCOM, TiE in India; GES of US State Dept. This access has been a key factor in his involvement with Dubai Enterprise Centre, Dubai Future Accelerators, in5, Flat6 Labs, Global Blockchain Council and The Assembly – the community hub for introducing exponential technologies into the daily innovation feed of the builders, makers and developers in Dubai.

Speaking about Dubai, PK said, “Look around us, the city has all that takes to make it the centre of the world of those who are out to make a difference. this city has proven its mettle as being the magnet for the best of the best and we can build on it to attract the best talent and build some of the most innovative disrupters this world has seen. This reality, of which I am a part of, is what drives my passion and makes me look forward to waking up and getting going!”

An example of the value of access – Soon after the set-up of the Global Blockchain Council in the UAE, a leading bank here announced its tie-up for Blockchain-based transactions with a bank in the Indian sub-continent. The UAE has already implemented this technology on a cross-border corridor. The ease of access to other markets clearly shows why the UAE looks to be ahead-of-the-curve vis-à-vis other countries globally that are beginning to think about this.

The writer is director at Vyashara and a digital banking and digital payments evangelist, practitioner, advisor and consultant. Views expressed are his own and do not reflect the newspaper’s policy.