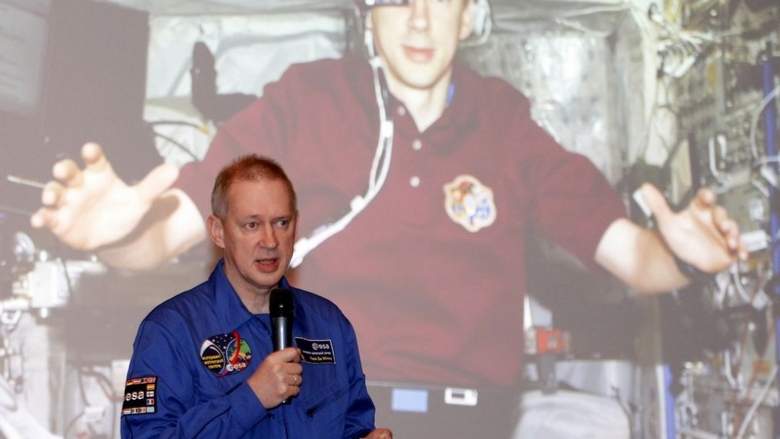 If a country wants to secure a place in the world of tomorrow, space needs to be part of its policy and capabilities, according to a retired astronaut.

Frank De Winne, the Belgian astronaut, who promotes space and Stem education to young people as part of the Global Space Congress to take place next January in Abu Dhabi, stressed for an international collaboration to explore space and discover new technologies that would tackle challenges on earth.

De Winne, who currently heads the European Astronaut Centre, told Khaleej Times: “We are more dependent on space assets than ever before be it in navigation, observation from earth, telecommunications and inspirational elements.”

Every nation should participate in the space sector to contribute to the international mission of protecting humanity, De Winne, the second Belgian in space, added.

While attending an initiative of the Global Space Congress, De Winne shared his experience during the six-month flight to the International Space Station in 2009 with Zayed University students.

“Space is about exploring science, technology and knowledge, which are important for any country to secure its future.”

While UAE’s economy is hugely dependent on oil, De Winne said the government should use its current assets to invest in its space projects including Mohammed Bin Rashid Space Centre, which will launch the first Arab unmanned Mars probe in 2021.

In line with UAE Innovation Week, De Winne also highlighted that the tough environment of space triggers innovation that brings new opportunities for humans on earth.

And for that, he added, millions of young people are needed around the world to invest with fresh minds in science, technology and engineering to tackle important issues like climate change.

He provided examples where space prompted the team to recycle 70 per cent of water used per day due to limited resources.

With one billion people without access to clean drinking water, De Winner said humanity should learn recycling as scarcity of water will continue to rise.

One of results discovered during his six-month mission, De Winne said a thin layer of atmosphere protected planet earth.

“Our planet is fragile and we are not doing our best to leave a sustainable planet for our next generations.”

He added that the solution does not lie in changing lifestyles as much as investing in the right technologies that would provide a comfortable living while reducing stress on the environment.

“We need to develop a carbon-free economy. We need to invest in renewable energies. We cannot stop driving cars, but we can introduce electric cars, or invest in energy-friendly buildings,” said De Winne.

And while space exploration is a domain where people have to continue to work together for humanity, space showed no boundaries.

“When you look from space, there are no borders. Borders are imaginary lines we drew on a map and now we fight over them. We have one planet, we have one earth that needs to be saved,” said De Winne.