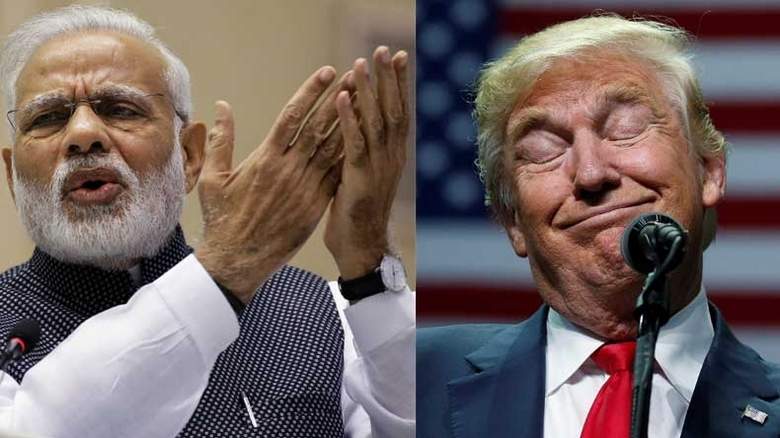 Prime Minister Narendra Modi is leading an online poll of readers’ choice for Time magazine’s ‘Person of the Year’ in 2016 honour, which has contenders like US President-elect Donald Trump, the outgoing US leader Barack Obama and Russian President Vladimir Putin.

While each year Time’s editors make the ultimate decision as to who from among world leaders, presidents, protesters, astronauts, pop icons and disrupters should be person of the year, it also asks readers to cast their votes and decide who they think most shaped a particular year.

Time said the reader poll is an “important window” into who they think most shaped 2016.

According to initial votes cast in the readers’ poll, Modi is leading with 21 per cent voting in his favour. For a while Wikileaks founder Julian Assange had overtaken Trump for the lead in the online poll, getting 10 per cent of all the “yes” votes cast by participants, Time had said.

However, Modi has so far got 21 per cent votes, way ahead of Putin’s 6 per cent, Obama’s 7 per cent and Trump’s 6 per cent. It remains to be seen if Modi will maintain his lead as votes polled may change by the time voting on the reader’s choice poll ends on December 4.

Time also analysed the moments from 2016 when this year’s poll contenders were most talked about. For Modi it was October 16, when the Indian leader had suggested during a summit of BRICS nations in Goa that Pakistan is the “mothership” for terrorism.

Modi had won the readers’ poll of Time’s Person of the Year in 2014, securing more than 16 per cent of the almost five million votes cast. He was again among the contenders for the annual honour in 2015 but was not among the final eight candidates shortlisted by Time magazine editors for the title.

“In 2016, the news and our world were subject to a wide range of influences. A presidential campaign in the United States exposed deep-seated fissures and led to the election of a president without precedent in the nation’s history. Elsewhere, leaders like Vladimir Putin and Recep Tayyip Erdogan commanded the spotlight on a global stage,” Time said.