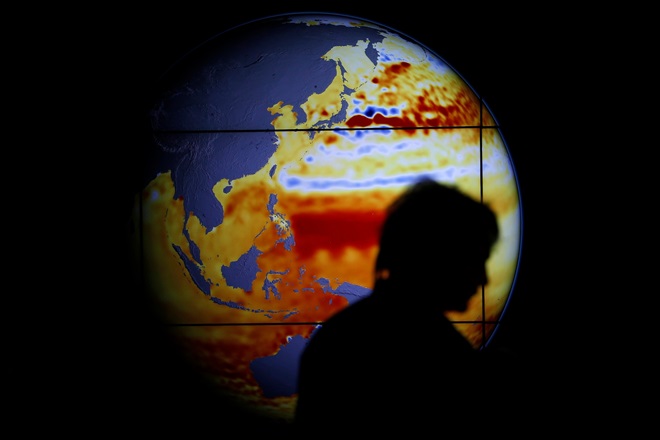 Does Donald Trump’s election as United States President mean that globalisation is dead, or are reports of the process’ demise greatly exaggerated? If globalisation is only partly incapacitated, not terminally ill, should we worry? How much will slower trade growth, now in the offing, matter for the global economy?

World trade growth would be slowing down, even without Trump in office. Its growth was already flat in the first quarter of 2016, and it fell by nearly one per cent in the second quarter. This continues a prior trend: since 2010, global trade has grown at an annual rate of barely 2 per cent. Together with the fact that worldwide production of goods and services has been rising by more than 3 per cent, this means that the trade-to-GDP ratio has been falling, in contrast to its steady upward march in earlier years.

This disturbing trajectory, argue the mavens of globalisation, reflects the resurgent protectionism manifest in popular opposition to the Trans-Pacific Partnership (TPP) and the Transatlantic Trade and Investment Partnership (TTIP), and now in Trump’s electoral victory. It means that the benefits of openness and specialisation are being squandered. Causality in economics may be elusive, but in this case it is clear. So far, slower trade growth has been the result of slower GDP growth, not the other way around. This is particularly evident in the case of investment spending, which has fallen sharply since the global financial crisis. Investment spending is trade-intensive, because countries rely disproportionately on a relatively small handful of producers, like Germany, for sophisticated capital goods.

In addition, slower trade growth reflects China’s economic deceleration. Until 2011 China was growing at double-digit rates, and its exports and imports were growing even faster. China’s growth has now slowed by a third, leading to slower growth of its trade. China’s growth miracle, benefiting a fifth of the earth’s population, is the most important economic event of the last quarter-century. But it can happen only once. And now that the phase of catch-up growth is over for China, this engine of global trade will slow. The other engine of world trade has been global supply chains. Trade in parts and components has benefited from falling transport costs, reflecting containerisation and related advances in logistics. But efficiency in shipping is unlikely to continue to improve faster than efficiency in the production of what is being shipped. Already, motor-vehicle manufacturers ship an automotive transmission across the US-Mexican border. At some point, unpacking that production process still further will reach the point of diminishing returns.

So should we worry that trade is growing more slowly? Yes, but only in the sense that a doctor worries when a patient runs a fever. Fever is rarely life-threatening; rather, it is a symptom of an underlying condition. In this case, the condition is slow economic growth, also known as secular stagnation, caused by depressed investment, which in turn reflects financial problems and policy uncertainty.

This, then, is the underlying condition. Trade agreements like the TPP and TTIP address it only obliquely. Increased spending on infrastructure by governments to boost investment and growth directly is more to the point. But whether the Trump administration and the new US Congress can design and implement a programme of productive infrastructure spending remains to be seen. More generally, a political consensus is needed on growth-promoting policies, so that investment is not held hostage to political infighting.

Barry Eichengreen is Professor of Economics at the University of California, Berkeley. – Project Syndicate