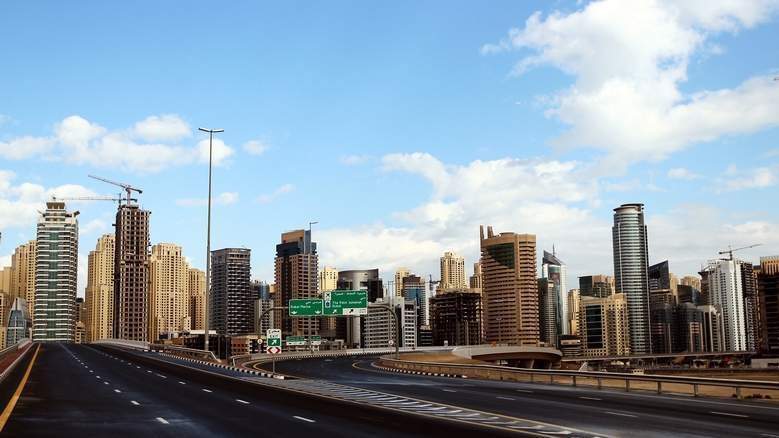 It’s that time of the year – the Dubai Land Department has updated its rental index. And there is reason for tenants to rejoice: rents in several freehold communities have seen a downward revision, some more than the other.

This revision will help existing tenants to calculate their rents for 2017 and decide whether to move out or stay put in their current abode. It could also lend them more bargaining power during lease renewal with their landlords.

“There is a good chance that a lot less people will see their rent increased going forward. Those that are now above the Rera rent index may have a little more bargaining power for a decrease, but it depends on the prices of vacant units of similar quality. Ten per cent is the watershed for being worthwhile moving,” says Toby Young, managing director of Propertyrights.ae.

Across-the-board softening
Although industry experts claim that Dubai rents have softened across the board over the past 12 months, tenants must weigh several options before deciding to move house. Does the rental difference offset the amount paid for relocation, agency fees and dealing with a new landlord?

The Dubai rental market typically lags the sales market by two years. By that estimate, expect more rent softening in the coming months.

“The summer of 2017 may be a good time to bag a rental deal as capital values have been softening since 2015,” says Niraj Masand, director of Banke International, a boutique real estate agency.

However, tenants can’t expect massive discounts such as those offered during 2010-2011 when rents dropped by around 25 to 30 per cent.

“For tenants, it is easier to negotiate with their landlords after a market has crashed or is in crisis mode. But it is a different scenario now. Dubai has only seen a softening in rents and, therefore, it is more difficult to negotiate,” informs David Godchaux, CEO of Core, the UAE associate of Savills. “If rents continue to soften for the next 12 months, it will be easier to bargain,” he adds.

Why rents soften
There are two reasons why Dubai has seen a softening in rents: more tenants are downsizing and cutting expenses while a small percentage of renters are considering making the move to property ownership.

“There is more pressure on luxury property as there is a shortage of demand and liquidity has dried up from the market. But, affordable communities such as IMPZ, Sports City and Greens have also seen a marginal drop in rents,” adds Masand.

Also, the impact of rent softening is felt more in Dubai’s freehold areas in comparison with non-freehold areas.

Freehold vs non-freehold areas
“There are more expatriate property owners in freehold areas who cannot keep their units vacant for long and hence are willing to accept below-market rents. Whereas in non-freehold areas, where single landlords own a whole building, there is less pressure on them to reduce rents,” informs Masand.

Godchaux advises tenants who intend to stay in Dubai for three to five years and who can afford to put a down payment to consider property ownership.

“Dubai rents are prohibitively high in relative value to the cost of ownership. Even after softening, the city’s rents are among the highest in the world. Dubai will soon start hiring for Expo 2020 and this will impact many sectors. Newcomers and existing tenants will absorb a lot of the market stock. This will put a downward pressure on rents,” the Core executive points out.

Bucking the trend
Apartments in the Palm Jumeirah marked a four per cent year-on-year increase in rents and Jumeirah Village (both villas and apartments) saw a marginal one per cent rise. “Palm Jumeirah apartments attribute their spike to limited rental supply, combined with the steady demand for this premium residential segment, which has helped landlords to command relatively higher rents. As Jumeirah Village is a new district, this marginal spike is because of the attractive lower initial rents last year which did not have the depth to drop further,” adds Godchaux.

“This may be due to tenants preferring newer, better-built and larger apartments in Jumeirah Village and Al Furjan for similar rents. Dubai Marina is facing a growing migration of tenants to the Palm Jumeirah and other areas due to increasing traffic issues and the possibility to find a bigger apartment for the same price,” explains Godchaux.

According to Core data, among the villa districts, The Springs and The Meadows, Palm Jumeirah and Arabian Ranches all witnessed a seven per cent drop in rents. The Springs and The Meadows, similar to Discovery Gardens, has a thriving sales market although a few tenants are again preferring newer and larger villa communities in Jumeirah Village and, in particular, the Mira in Dubailand over older stock despite the central location. A similar scenario is playing out in Arabian Ranches which is not centrally located and is priced relatively higher than villas recently brought to market in Dubailand. Palm Jumeirah villas are predominantly an owner-occupied community and the slump may be due to a much smaller transaction base.