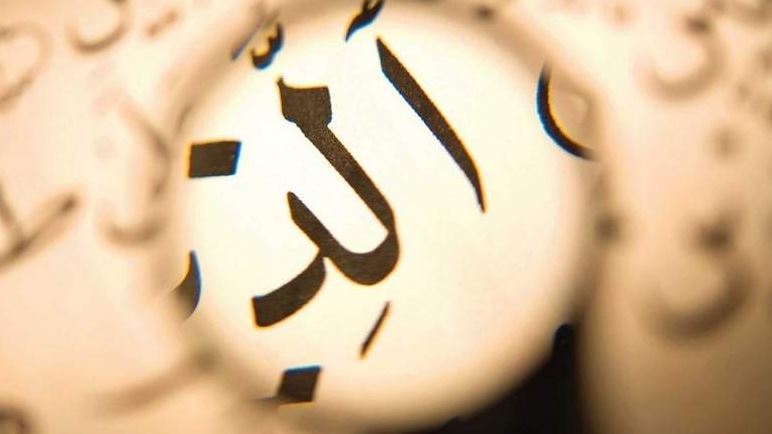 “The Arabic language is suffering and the only way we can avoid this further is by using it. Language is a habit, if you don’t use it you’ll lose it.”

“Teaching Arabic to school student needs to be engaging and useful, it can’t just be a copy and paste approach.”

Because English has become such a popular language here, Nasr said people have “caught on to it” and are choosing it as the language of choice. But that’s what he wants to change.

“Yes, we need to speak English, but when I hear Arabic students speaking to each other in English I immediately think ‘danger’. I want to create an importance around this historic language,” he told Khaleej Times.

Arabic is a need, a must

The discussion on whether Arabic is losing its place within contemporary Dubai has long been a point of contention here in the UAE.

Some people are advocates of championing English in everyday practice as it has become the international language of business.

But there are still staunch believers in keeping the Arabic language alive including His Highness Shaikh Mohammed bin Rashid Al Maktoum, Vice-President and Prime Minister of the UAE and Ruler of  Dubai. And rightly so.

For Fazal Malik, programme leader for Journalism and Mass Communication at Amity University, Dubai, the Arabic language provides a rich common cultural frame of reference for the “historically, economically and politically diverse people”.

“Arabic is spoken by around 450 million people and is the lingua franca for much more around the world. Right from the middle ages, Arabic has influenced every form of knowledge including art, culture and science.”

Yet, the way this language is taught in schools does not reflect its scope and importance in the world today, he said. Malik believes there is a “clear disconnect” between the expectations and what is being achieved in regards to Arabic. And he said one of the major problems in engaging young people with the language is the quality of learning and teaching.

“The teaching methodology is very archaic, even inconsistent, with the practice used in teaching other subjects. While the internet and online resources have revolutionised the scholarship in other subjects, Arabic is still taught through redundant practices, which makes it a burden on the student, especially for expatriate children for whom Arabic is a second even third language.”

And Nasr agrees, which is why he is adamant to change the teaching methods in schools.

Schools need to promote a “skills-based approach” to learning, rather than just information building. And the best recipe for success is by following three easy steps.

“We need strong lesson plans, strong assessment phases and strong consistency,” he said. While schools are investing heavily in buying or creating digital content for other subjects, Malik said, “investment in developing more interactive and engaging content in Arabic is very sporadic”.

“With the percentage of the expatriate population reaching almost 90 per cent, and Arabic being made mandatory for all pupils from grades 1-9 in the UAE, this lack of investment in developing better teaching practices and resources is surprising.”

And consequently, he said a number of parents are frustrated as their children “do not show same progress in Arabic language courses” as they show in any other subject.

Since taking over as the head of Arabic at JBS in 2013, Nasr’s department has moved to an interactive approach to learning by leaps and bounds.

From achieving an ‘Acceptable’ rating in the 2013/2014 academic year following inspection from the Knowledge and Human Development Authority (KHDA), the department is now sitting comfortably with a ‘Good’ rating.

“But we are fast moving towards a ‘Very Good’ rating.” he said.

Given its rich history, and the fact that it is the language of the Quran, it is safe to say Arabic will never die out.

But the challenge now is to make sure it is used in society more, and to achieve that, children are the pillar of hope.

Once teaching methods are better adapted to promote this language, Arabic will remain steadfast in the UAE.

Parents in the UAE are on the fence when it comes to Arabic being taught in schools.

Although most agree it is imperative children learn the local language, the consensus is that learning methods need to change.

Many parents Khaleej Times spoke to said children are often leaving school with a poor grasp of Arabic – despite learning the language for nearly 10 years.

Pakistani expatriate Sadaf Abedin has two children aged seven and 10. She said she’d like to see an Arabic reading programme in schools.

“My kids are just made to learn enough to pass their exams. They are taught words and meanings, some prepositions. But what they need to teach them is more grammar, sentence formation etc.”

And if children were encouraged to read a short story and then review it, she said it would benefit their progress greatly.

“This is an exercise they do in schools in Pakistan for English, which I think is great. Reading helps understand a language better than anything else.”

Because text book Arabic being taught in schools is very different from the Arabic being used for communication on a day to day basis, Abedin believes that’s what is burdening the learning process here.

“That’s why the language is rarely utilised after school.”

Time and again, this issue has been raised at various educational workshops and conferences, and it has been highlighted in reports by educational authorities, pressure groups and think tanks, too.

But despite recommendations of modernising the Arabic teaching process, very little has changed, Fazal Malik of Amity University said.

“The truth of the matter is that such challenges are not unique to Arabic. What is missing here is an appealing pedagogy and a content that is dynamic and drawn from the daily experiences of the people to engage young minds.”

But for mother-of-five, Fatma Khakoo, positive changes are happening. “I feel the Arabic taught in schools has evolved greatly from when my eldest started school, but I do feel there is room for improvement. It’s a beautiful language if taught correctly.”

Unfortunately, she said a huge issue is that teachers are usually not very qualified to teach, they are only native speakers. “I also feel there needs to be a shift from memorising and focusing on grammar and writing and moving more to the conversation side of it.”

The app’ening apps for grasping Arabic

> Create your own flashcards or choose from millions created by other Quizlet users on thousands of subjects. If you’re doing standardised test prep for big exams, this is the app for you.

> Testmoz is a test generator that sports 4 question types, automatic grading, a really simple interface and detailed reports. You can build a fully functional tests in about a minute.

> Play fun, social learning games for any subject. Join games instantly and easily, look up and play together so you can share and celebrate learning

> This is the app for brainstorming/gaining prior knowledge. It is a digital canvas to create beautiful projects. You get an empty page – a padlet – and you can put whatever you like on it.