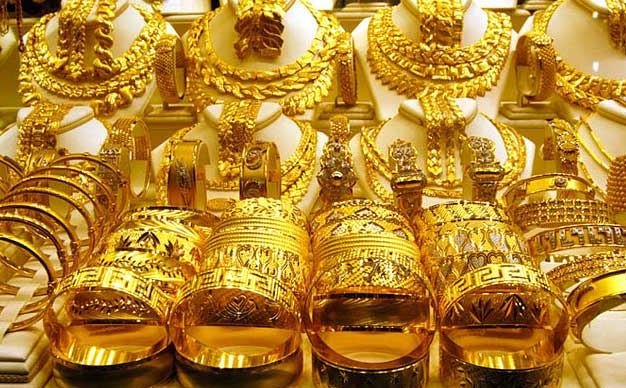 Gold prices have now erased 10 months of gains after posting their biggest monthly drop in more than three years, with Donald Trump’s election to the US presidency only exacerbating a cocktail of negatives for the metal.

A stronger dollar, spiking bond yields and rising optimism over the outlook for financial markets has hobbled gold, while the traditional saviours of a falling market, Indian and Chinese gold buyers, are hamstrung by cash controls and import curbs.

Traders are betting that interest rates will rise for only the second time in a decade at the Federal Reserve’s Dec. 14 meeting, a nominally negative factor for non-yielding gold.

That view has only strengthened since Trump’s election last month, despite speculation ahead of the vote that his victory could spark market turmoil, destabilising growth.

“The market is focusing on the positive side of Trump’s promises, which mean higher growth in the United States, faster interest rate hikes by the Federal Reserve, a stronger dollar, and that of course is negative for gold,” Julius Baer analyst Carsten Menke said.

Potential normalisation of US interest rate policy fed into a 10 percent drop in gold prices last year, though they recovered in 2016 as traders pared back bets for a steady pace of hikes. If the Fed signals that this month’s rise is the beginning of a pattern, gold could have further to fall.

US 10-year Treasury yields spiked sharply after Trump’s victory, as bets rose that his commitment to infrastructure spending would drive up inflation, cutting the value of bonds already in circulation.

“With gold being an asset that doesn’t yield any interest, the opportunity cost of holding gold increases when bond yields are higher,” Capital Economics analyst Simona Gambarini said.

Yields are also rising as US and German fixed income assets, which like gold are traditionally seen as a haven from risk, have to work harder to attract investment away from higher risk, higher yielding assets like stocks and currencies.

“Bond yields have risen on expectations for higher rates and inflation, not on the back of safe-haven demand,” Gambarini said. “That’s why bond yields are high but gold prices have been suffering.”

As an asset priced in the US currency, gold tends to fall when the dollar is rising. The dollar’s spike to 13-1/2 year highs last month was a major factor feeding into bullion’s sharp decline.

Gold has been known to take on a positive correlation with the dollar – they rose in tandem 2010 and 2011 as risk aversion sent investors scurrying for the perceived safety of gold, and the U.S. currency.

However, risk aversion is not what is driving dollar strength this time.

Gold’s response to broader volatility in the financial markets has also become more muted. It rose sharply in the three years after the collapse of Lehman Brothers, and rallied in 2011 on rumours that Greece could crash out of the euro zone.

However, it has taken little support from Britain’s vote to leave the European Union this year.

“Market participants got accustomed to such volatility over the past few years,” Commerzbank analyst Carsten Fritsch said. “When risks events happen again and again they lose importance in terms of perception over time… I would call it fatigue.”

In a falling market, support is often lent to gold by price-sensitive buyers of physical gold, largely in the form of jewellery. Asian consumers have accounted for 79 percent of global gold jewellery consumption since 2010, with China and India by far the biggest buyers.

However, both are facing curbs on gold consumption. A cash crunch in India after a crackdown on graft saw the government scrap 500 and 1,000 rupee banknotes – 86 percent of the value of cash in circulation – has severely curtailed gold buying during the wedding season.

Meanwhile traders in China reported that Beijing was restricting imports in a bid to cut outflows of the yuan, after the currency slid to a more than eight-year low.

“Underlying physical demand for gold is quite weak out of a lot of these key Asian countries, so there is no support really coming out of these areas which might have picked up prices in the past,” Oxford Economics analyst Daniel Smith said.