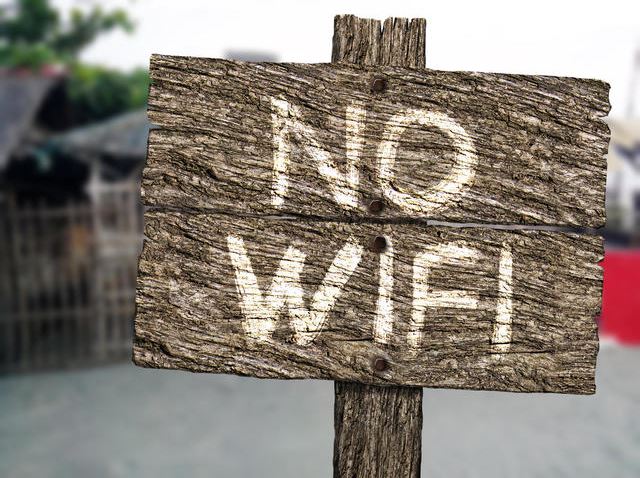 Using your computer on the go could become much easier in the future if Microsoft gets its way.

The tech company announced Thursday at its WinHEC conference for device manufacturers in Shenzhen, China, that it aims to enable “cellular PCs,” allowing computer users to access the internet even when a Wi-Fi connection is nowhere to be found.

There are currently several options for those who need to get online but are stranded without a Wi-Fi signal. Smartphones can be turned into wireless hotspots, for one. And, in January, Microsoft rolled out a Microsoft Cellular Data app in the Windows Store, which allowed users to connect and pay for mobile data plans directly from their Windows 10 PCs and tablets using their Microsoft Accounts.

Now, Microsoft says it is supporting the installation of non-removable programmable SIM cards and data radios in PCs and Windows tablets. If all goes according to plan, users will be able to purchase cellular data for those cards through the Windows store.

“Everyone is more mobile today than ever before in large part due to pervasive, faster, and more affordable cellular networks,” said Microsoft executive vice president Terry Myerson in a blog post. “In future Windows 10 updates, we will enable connectivity that is always within reach. We will help customers easily buy

data directly from the Windows Store and put them in control of how they use Wi-Fi and cellular networks, consume data, and manage costs.”

There may be some obstacles in achieving this goal, however, as Microsoft will need to convince cellular carriers to sell plans through the Windows Store. Apple currently offers a programmable SIM card for some iPad models, allowing users to select data plans for their tablets on the go, as Blair Hanley Frank reported for Computerworld:

Even though it’s possible for people in the U.S. to pick among T-Mobile, Sprint and AT&T when they set up cellular service with an Apple SIM, that initial choice could end up restricting them in the future. If users pick AT&T as their carrier, the SIM will be locked to only work with that carrier.

If Microsoft adopted a similar model to Apple’s, that could put users in a bind. With an LTE-enabled iPad, users can replace the SIM card to switch carriers, but Microsoft is talking about enabling devices with integrated, non-removable cards. If users’ integrated SIMs get locked to a particular carrier, they could be left in the lurch if they move to a region where that carrier has poor coverage.