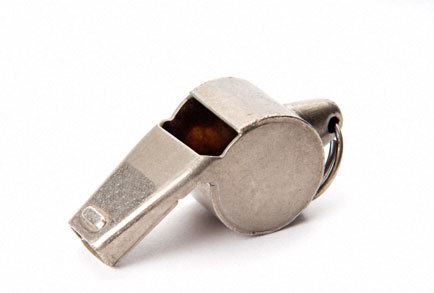 Seeking to fight corruption with the active participation of people, Kerala government on Friday launched two mobile applications which can be used to upload information regarding graft.

Chief Minister Pinarayi Vijayan launched the applications – ‘ArisingKerala’ and ‘Whistle Now – at a function here on the occasion of International Anti-Corruption Day.

Using the apps, people can upload videos and audios related to corruption around them.

The advanced mobile applications were developed by the state Vigilance and Anti-Corruption Bureau as part of its series of innovative initiatives to fight graft.

Speaking on the occasion, Vijayan said the government would give away a whistleblowers award every year for those who expose corruption and help bring the culprits before law.

“A corruption-free and sustainable development is the core objective of the state government. We are initiating several programmes to end corruption in the government and semi-government institutions as part of the proactive policy of zero tolerance,” he said.

He said the apps can be downloaded from Google Play Store and people can upload information regarding corruption.

“They can also submit suggestions and register their opinion through the apps,” he said.

Assuring full support to those who fight corruption, the Chief Minister said the government would be with them in their campaigns.

“Those who fight corruption need not harbour any fear as the government is with them,” he said.

Apparently referring to the recent media coverage given to the quick verification by Vigilance against some high- profile officials, Vijayan said, “The anti-corruption agency will investigate allegations against anybody if it receives any complaint. It is natural and the responsibility of the agency.”

However, he said, “It is not desirable to crucify any person by unleashing campaigns since the beginning of the investigation itself. Let Vigilance probe the allegation first,” he added.

Sometimes, even those who perform their duties efficiently may also have to face investigation, if complaints arise, the Chief Minister said.

Unveiling various programmes of Vigilance aimed at ending corruption, he said the agency had launched initiatives to end graft in environment and education sectors also.

VACB Director Jacob Thomas said the number of corruption cases in government departments had come down in the last six months after the CPI(M)-led LDF government came to power.—PTI