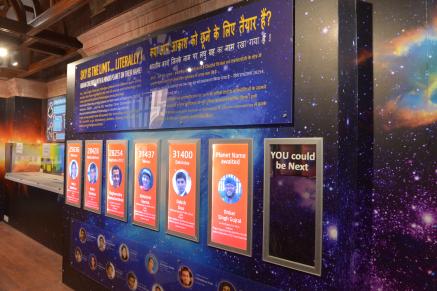 The President will inaugurate a hall — Navachara-II — for permanent exhibition of grassroots innovations and innovative ideas set up with the assistance of National Innovation Foundation (A science and innovation museum called Navachara was inaugurated by the President on August 4, 2015).

Navachara-II will be open to visitors on every Friday, Saturday and Sunday as part of the Rashtrapati Bhavan tour.

During his long and distinguished career, Mukherjee served at different times as Foreign, Defence, Commerce and Finance Minister.

He was elected to the Rajya Sabha five times from 1969 and twice to the Lok Sabha from 2004. He was a member of the Congress Working Committee, the highest policy making body of the Party for a period of 23 years.—PTI