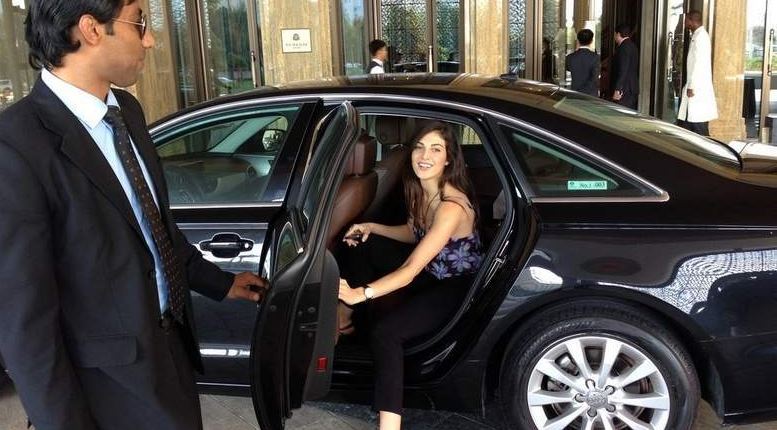 For the first time ever, Uber has now released a list of violations that will get you banned from using the service. Other than that, drivers can now also rate you based on how you are as a customer… So be a good passenger okay?

If someone reports a rider’s misbehaviour on Uber, they will temporarily suspend the rider’s account which will eventually lead to a ban for life according to an Uber official. Here are 7 things you ABSOLUTELY CANNOT do inside an Uber ride.

There have been many cases around the world where drivers have sexually assaulted passengers. While there are no recorded cases of such occurrences in Dubai it can be wise to know that touching or flirting with a rider is not allowed by the company.

If you’re part of the shooting club, be warned that you can’t bring it to Uber, even if you’re just going with falcons off to the desert. But then again, why use an Uber when you have a 4×4 for the job?

Obviously you cannot do anything unlawful inside an Uber ride. This includes bringing alcohol, asking your driver to speed up and break the speed limit.

Barf inside the car

Now you might be too tipsy from a Thursday night out but never, and we mean NEVER barf inside an Uber ride. In a broader sense, you are also prohibited from damaging the driver’s property which includes the car, their clothes or their phone. Oh and you also cannot damage another passenger’s property.

If you think you can hire your Uber driver to be a personal car lift then you can’t. You have the official Uber app for that.

Don’t say anything sensitive, discriminate other cultures, religions and nationalities while inside an Uber ride.

Now, you might be disappointed in extremely rare cases but that doesn’t give you the authority to hit someone, be it your driver or co-passenger.