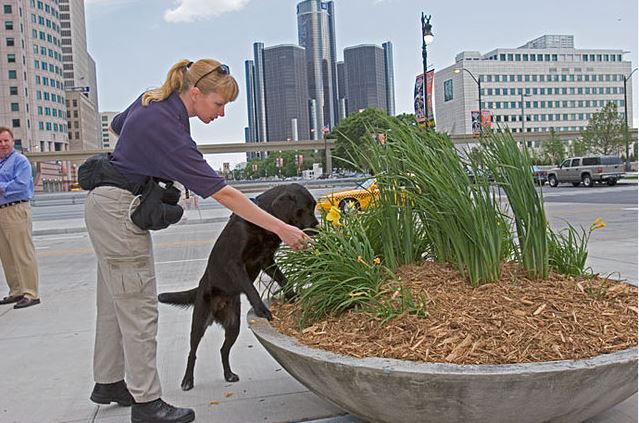 More colleges are getting bomb-sniffing dogs in a time of always-looming security threats, with two in New England among the latest.

Black Labradors named Figaro and Bella attended the same training class and arrived in October at the University of Rhode Island and Worcester Polytechnic Institute in Massachusetts, respectively.

Many colleges have used dogs for years to look for drugs. And while some larger schools have had explosive-detection dogs for a while, there has been an uptick in the past year or so, said David Bousquet, president-elect of the International Association of Campus Law Enforcement Administrators.

“You have to prepare for that and say, ‘I’d rather have the protection and not need it, than need it and not have it,’” he said.

Colleges are often a community’s hub — the very place bombers seeking maximum carnage would strike, authorities say. The openness of most campuses makes them inherently hard to close off, and some colleges note their events are increasing in size.

And if a threat or bombing occurs, college police don’t want to have to wait, sometimes hours, for dogs to arrive from other departments and help do sweeps.

More federal funding is now available for schools to get dogs through the Justice Department and the Department of Homeland Security, Bousquet said, and the law enforcement community in general has adopted a mindset that violence can happen anywhere. The recent car and knife attack at Ohio State, while not a bomb or bomb threat, underscores that reality.

Ohio launched a program in 2014 to place explosive-detection dogs at public colleges. Eight schools received them, including Ohio State, and the initial cost of about $12,000 per dog was paid by the state, according to Ohio Homeland Security spokesman Dustyn Fox.

Campus police chiefs say having a dog in place will help their departments respond quickly — and can improve relations with students.

“They just feel safe seeing these dogs and knowing they’re at work, helping to contribute to the various things the police department does to keep them safe,” said Anne Glavin, police chief at California State University, Northridge.