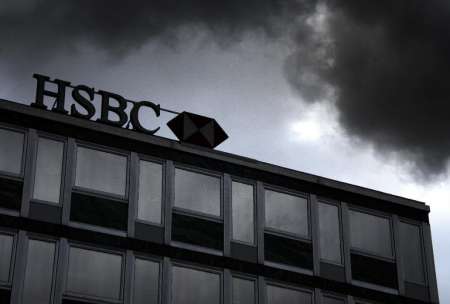 HSBC has launched a $290 million lending facility aimed at technology start-ups and other new industries in China’s Pearl River Delta region, intensifying the battle for a slice of a business that is growing despite a slowing economy.

Showered with money from private investors over the last few years, the promising technology start-ups in China, the world’s second-largest economy, have shunned traditional lenders, seeking to instead raise funds directly from equity investors.

But global banks no longer want to be left out, mainly after the success of the likes of Alibaba and Tencent that have seen their revenue doubling over the last couple of years, shrugging off a broader economic slowdown that has hurt earnings for sectors from manufacturers to miners.

As a result, banks such as HSBC and Citigroup, as well as a host of Chinese lenders, are now courting the emerging Chinese firms by offering loans and other banking services.

With the launch of its 2 billion yuan ($290 million) “innovation fund” for small and medium-sized companies in the Guangdong province of the Pearl River Delta region, HSBC plans to target this promising segment and boost its client base.

“The target customer will be those (that) are high-end, high-tech start-ups and enterprises … those enterprises that are upgrading the use of technology and ability to innovate like for example using robotics to manufacture more efficiently,” said Montgomery Ho, HSBC’s chief executive for Guangdong.

The new loan facility will allow HSBC to offer other banking services such as cash management, and hedging of interest rates and foreign exchange to these companies, he said, adding the selected companies would get preferential interest rates and service fee waivers as part of the new initiative.

The lending facility also underlines HSBC’s commitment to the Pearl River Delta region that is at the heart of the bank’s strategy to grow in the country.

The southern China region, which counts Shenzhen and Guanzhou among its biggest cities, is home to 11 industrial cities that are set to fuse into one megalopolis. It has a GDP that is already bigger than Indonesia’s and is transitioning from a traditional manufacturing base to a tech powerhouse.

HSBC’s growth plan in Pearl River Delta envisages adding 4,000 employees in the region over the medium term, on top of about 1,200 people it had at the end of 2015, and Ho said those plans were on track.

“We are on track and the morale here in Pearl River Delta is very strong because we have seen some concrete progress in the last 12 months already,” he said, adding its loan book in the Guangdong province rose 14 percent in the first half of this year over a year-ago period. ($1 = 6.9020 Chinese yuan renminbi)—Reuters