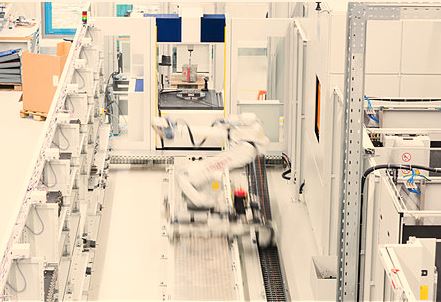 Imagine grasping a mug of coffee sitting on a chair and a robotic hand brings it in front of you, thereby reducing your efforts of getting up and getting it yourself. With new technology, such seemingly impossible feats should no longer be restricted to the realms of fantasy, research has shown.

In a study that demonstrates the potential to help millions of people with disabilities, researchers at the University of Minnesota in the US have shown that it is actually possible to control a robotic hand with only your mind.

“This is the first time in the world that people can operate a robotic arm to reach and grasp objects in a complex 3D environment using only their thoughts without a brain implant,” said lead researcher of the study Bin He, Professor at the university’s Department of Biomedical Engineering.

“Just by imagining moving their arms, they were able to move the robotic arm,” he said.

The research, published online in the journal Scientific Reports, has the potential to help millions of people who are paralysed or have neurodegenerative diseases.

The non-invasive technique, called electroencephalography (EEG) based brain-computer interface, records weak electrical activity of the participant’s brain through a specialised, high-tech EEG cap fitted with 64 electrodes and converts the “thoughts” into action by advanced signal processing and machine learning.

Participants gradually learned to imagine moving their own arms without actually moving them to control a robotic arm in 3D space.

They started from learning to control a virtual cursor on the computer screen and then learned to control a robotic arm to reach and grasp objects in fixed locations on a table.

Eventually, they were able to move the robotic arm to reach and grasp objects in random locations on a table and move objects from the table to a three-layer shelf by only thinking about these movements, the study said.

The researchers said the brain-computer interface technology works due to the geography of the motor cortex – the area of the cerebrum that governs movement.

When humans move, or think about a movement, neurons in the motor cortex produce tiny electric currents.

Thinking about a different movement activates a new assortment of neurons.

Sorting out these assortments using advanced signal processing laid the groundwork for the brain-computer interface used by the researchers, he pointed out.—IANS