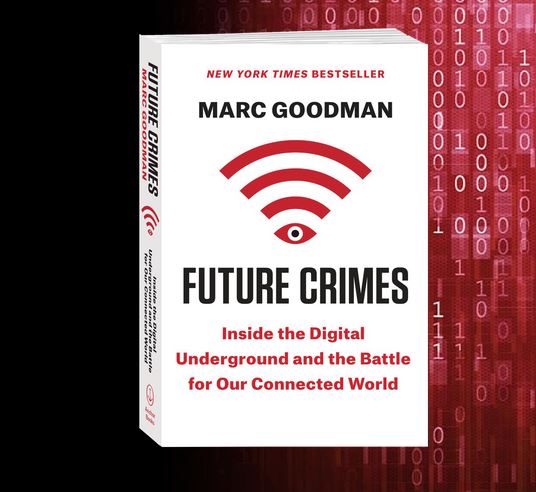 A research study based on global security futurist Marc Goodman’s book “Future Crimes” was issued recently by Dubai Police to shed light on how the digital underworld can turn advanced technology against nations to damage their critical assets.

Eighty percent of hackers work for organised crimes groups and are among the first to benefit from technological advances, he noted.

The study highlights the need for states to conduct effective police intervention to pre-empt cybercrime, bolster co-operation with the public using digital technologies to exchange information and create intelligence networks to receive tips from individuals co-operating with law enforcement agencies, according to the study, an abridgement of Goodman’s “Future Crimes: Inside the Digital Underground and the Battle for Our Connected World” which explores how bad actors are primed to hijack the technologies of tomorrow.

Goodman’s book speaks of a tidal wave of scientific progress- from implantable medical devices to drones and 3-D printers, all of which can be hacked, with disastrous consequences.

The American author’s work takes readers deep into the digital underground to expose the alarming ways criminals are using new and emerging technologies against the world where technology’s rapid development could allow crime to take a turn for the worse.

Goodman has spent a career in law enforcement, including work as Futurist with the FBI, Senior Advisor to Interpol and street police officer.

As the founder of the Future Crimes Institute and chair for Policy, Law and Ethics at Singularity University in California, he has continued to investigate the intriguing, often terrifying intersection of science and crime, uncovering the darker side of technology.—WAM