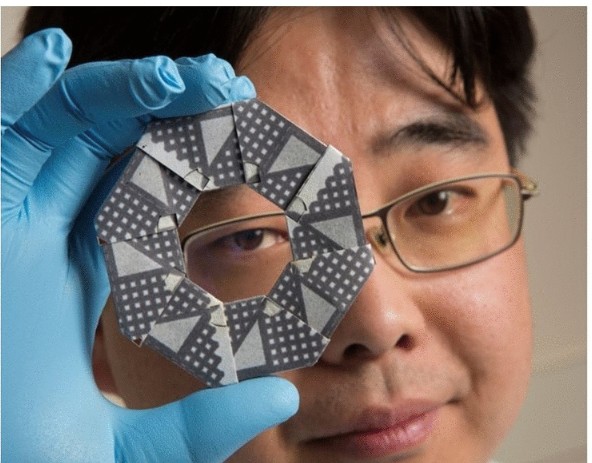 Researchers have created a bacteria-powered battery on a single sheet of paper that can power disposable electronics.

The manufacturing technique reduces fabrication time and cost, and the design could revolutionize the use of bio-batteries as a power source in remote, dangerous and resource-limited areas, according to the scientists from Binghamton University, State University of New York.

On one half of a piece of chromatography paper, the researchers placed a ribbon of silver nitrate underneath a thin layer of wax to create a cathode.

They then made a reservoir out of a conductive polymer on the other half of the paper, which acted as the anode.

Once properly folded and a few drops of bacteria-filled liquid are added, the microbes’ cellular respiration powered the battery.

“The device requires layers to include components, such as the anode, cathode and PEM (proton exchange membrane),” Choi explained.

It would take millions of paper batteries to power a common 40-watt light bulb, but on the battlefield or in a disaster situation, usability and portability is paramount.

The technique was described online in the journal Advanced Materials Technologies.—IANS