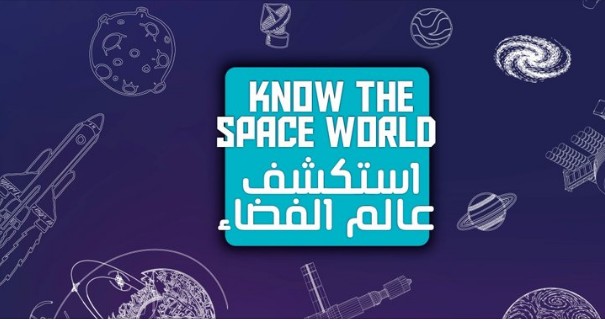 As part of its efforts to build the capabilities of the next generation of Emirati scientists, the Mohammed bin Rashid Space Centre (MBRSC) has announced its call of the Research Grant Program.

The program consists of two main areas. The first is ‘MBRSC Research Grant Program for Martian Atmosphere Science’, which contributes to developing the necessary tools and/or analysis that is aligned with the Emirates Mars Mission’s scientific objectives, and other scientific questions that can be answered utilizing the data which the mission will provide.

The second is ‘MBRSC Research Grant Program for Space Science’, which includes studies conducted on topics related to space science, such as Planetary Science, Stellar and Solar Astronomy and Galactic Astronomy.

The most scientifically significant research topics will be chosen by the science team, according to specific criteria. Criteria include science novelty and usefulness to the community, in addition to feasibility.

Commenting on the program, Yousuf Hamad Al Shaibani, Director-General of MBRSC, said: “For many years, the UAE has been gearing up for the future by adopting the concept of a knowledge-based economy, and we all clearly see the positive outcomes and achievements being realised before our eyes. Now, the UAE is moving forward into a vital new phase of development, which requires setting up the right environment, not only through launching ambitious scientific, technological and economic projects, but also through fostering the culture of scientific research and innovation, which will act in the best interests of the community and the UAE as a whole.”

“The Research Grant Program comes in line with the UAE strategy aimed at promoting scientific research, as it allows and urges all community members to conduct studies on space science in general and on the most prominent space project – Hope probe, in order to actively contribute to presenting findings with great scientific output,” he added.

Al Shaibani concluded: “Scientific initiatives launched by MBRSC in relation to the space industry are primarily aimed at building a rich pool of national cadres able to work on space projects, as well as innovating applications and new means of technology, in order to drive the space sector forward to emerge as a global front runner within the industry.”

Those hoping to participate can send their suggested research topics to the e-mail: science@mbrsc.ae. The science team will review all submitted research topics to choose the best of them according to the aforementioned criteria. An announcement of the chosen research topics will take place the beginning of 2017. Accepted participants will be granted a period of one to two years for testing and interpreting hypotheses to present new findings that benefit the scientific community in the UAE.—WAM