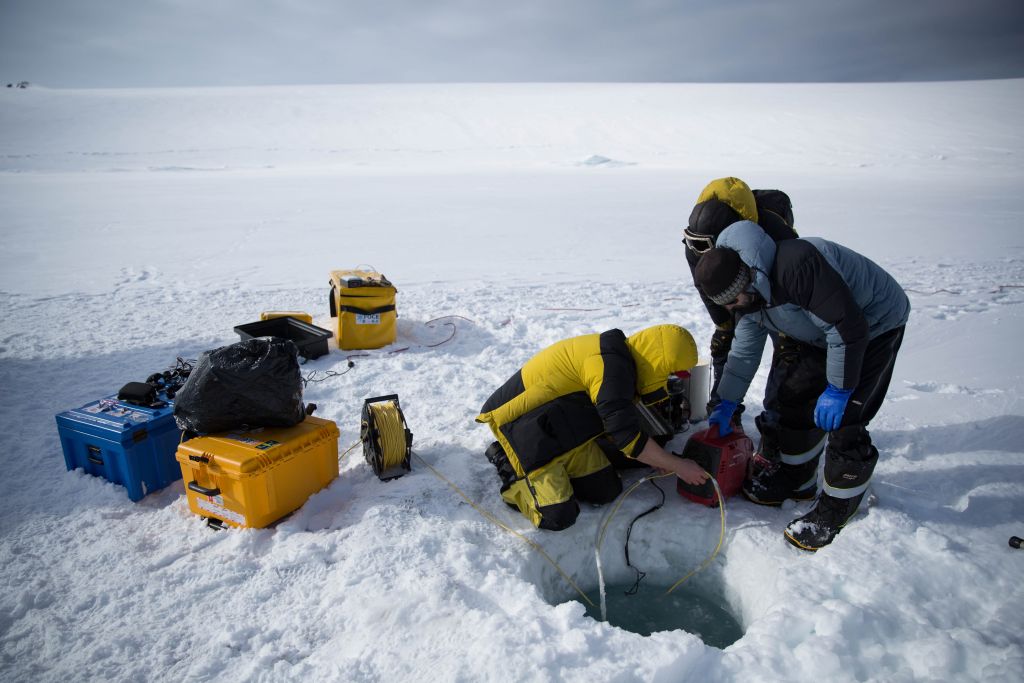 The Australian Antarctic Division (AAD) took footage on a camera attached to a Remotely Operated Vehicle sent down by scientists through a small hole drilled in the ice as they recorded the acidity, oxygen, salinity and temperature of the seawater.

“When you think of the Antarctic coastal marine environment, the iconic species such as penguins, seals and whales usually steal the show,” AAD biologist Glenn Johnstone said Wednesday.

“This footage reveals a habitat that is productive, colourful, dynamic and full of a wide variety of biodiversity, including sponges, sea spiders, urchins, sea cucumbers and sea stars.”

These species, recorded near Australia’s Casey research station, live in water that is -1.5 degrees Celsius (29.3 degrees Fahrenheit) year round and covered in 1.5 metres (nearly five feet) of sea ice for 10 months of the year.

“Occasionally an iceberg may move around and wipe out an unlucky community, but mostly the sea ice provides protection from the storms that rage above, making it a relatively stable environment in which biodiversity can flourish,” he said.

Scientists are in Antarctica working on better understanding the impact of acidification on Southern Ocean sea-floor communities under increasing carbon dioxide emissions.

Project leader Johnny Stark said a quarter of the carbon dioxide emitted into the atmosphere was absorbed by the ocean, which increases its acidity.

“Carbon dioxide is more soluble in cold water and polar waters are acidifying at twice the rate of tropical or temperate regions,” he said.

“So we expect these ecosystems to be among the first impacted from ocean acidification.”—AFP