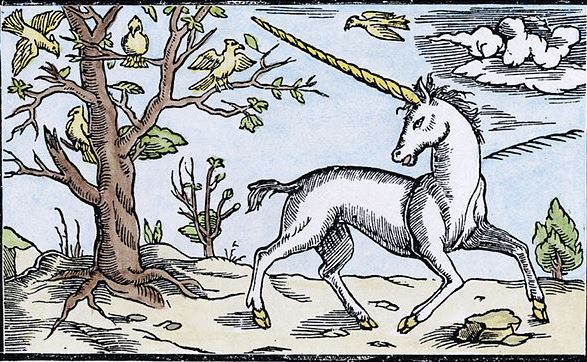 After the debacle that preceded the initial public offering of Facebook Inc in 2012, when the company’s stock changed hands at wildly varying prices and with little oversight, the market in secondary trading in shares of hot startups has made a strong comeback.

Regulators and the startups themselves have gradually tightened rules governing buying and selling shares, while a growing number of startups delaying their IPOs amid a wash of eager private capital has created a huge swell of demand among both buyers and sellers.

“A lot of companies learned from the headaches that Facebook had to deal with,” said Brian Feinstein, a partner at Bessemer Venture Partners, which has purchased early investor and employee shares in secondary transactions.

The market serves a few functions, allowing employees and founders at highly valued private companies, such as home-renting service Airbnb and ride-services firm Lyft, to cash in on some of their paper wealth, and letting institutional investors get a piece of the action. Early investors who are tired of waiting for a payout are selling shares in secondary trades, too.

With such demand, transaction volume on the secondary market has soared.

A new report to be published this week by Scenic Advisement, a San Francisco-based investment bank set up in 2013 to facilitate secondary stock transactions, pegs the total value of tradable shares among the top private U.S. companies at $35 billion. That is more than three times the $11 billion assigned to the asset class in 2011, Scenic said in the report. The bank is projecting a further jump to $38 billion next year.

Secondary market transactions more than doubled to $544 million in the first half of 2016 over the same period last year, according to Nasdaq Private Market, one venue for such trades, set up in 2014. It expects further growth in 2017.

Founders Circle, which has made secondary trades in shares of DocuSign, Pinterest and others, estimates a total of about $1.2 billion worth of secondary transactions this year, according to co-founder and managing director Chris Albinson. That is a dip from $1.6 billion last year, largely caused by a dearth in trading in the first quarter, but Albinson expects a year-on-year increase to $1.4 billion in 2017.

The transformation of a troubled market is down to several factors.

The U.S. Securities and Exchange Commission, charged with oversight of secondary trading and making sure the shares are authentic, has kept a closer eye on the market.

The heightened scrutiny has prompted more buyers and sellers to work with the company whose shares they want to trade, rather than circumvent them, industry watchers said. At the same time, companies themselves are facilitating more secondary trades, just on their own terms.

Since Facebook’s IPO, a glut of highly valued startup companies – called ‘unicorns’ in Silicon Valley parlance – have stopped short of tapping public markets as a source of cash to fuel growth. The abundance of capital available from private investors has sustained startups that otherwise would need an IPO to raise the cash.

What is more, market uncertainties caused by the U.S. election as well as fear of taking a valuation cut in the public market, kept many highly valued startups on the sidelines this year.

The delay in filing for an IPO, the traditional way of turning ownership stakes into money, has left founders and early employees – who usually take a lower salary in exchange for stock options – impatient for cash.

The secondary market is a way for startups to keep their rank-and-file happy, especially workers who want to get married, buy a house, or send a child to private school, but are “cash-poor and paper-rich,” said Howard Lee, managing director of Founders Equity Partners, which launched a year ago to make secondary market investments.

Another motivation for employees is that options generally expire after 10 years, and early hires may be forced to wait longer than that for their startup to go public.

On the other side of the trade, mutual funds, sovereign wealth funds, family offices and other investors are eager to buy shares of hot startups, given they may have difficulty gaining access to primary funding rounds by prestigious new companies such as Uber Technologies Inc.

“They (the companies) realize that it is financially responsible to sell if 99 percent of your worth is tied up in your company and your IPO is still years out,” said Michael Sobel, co-founder and managing director of Scenic Advisement.

In its report, Sobel’s firm looked at 168 private companies, most classified as unicorns with valuations of $1 billion or more, and estimates 8 percent of all their shares will likely be traded in secondary deals.

To be sure, the secondary market still has risks, given that there is inherently less data available for non-public companies and valuations can change quickly.

Despite improvements, there are still fewer regulations than in the public markets. Some under-the-radar firms muddy the waters by helping set up loans against employee shares and use other risky methods to circumvent company restrictions on secondary trading.

Speaking to a Silicon Valley audience in March, SEC Chair Mary Jo White cautioned that secondary transactions could amplify “errors or misconceptions in valuation.” She pointed to the lack of transparency in secondary deals as cause for concern.

In some cases, investors “are really just betting on a name and sometimes that works out and sometimes it doesn’t,” Bessemer’s Feinstein said.

Despite the troubles at Facebook, secondary pre-IPO trading has become a more accepted practice for venture capitalists and startups, where before it might have been taken as a sign of weakness.

SharesPost Inc, a broker-dealer for secondary market trades, has completed $2.3 billion worth of transactions since 2009, and said volume is growing 50 percent to 60 percent quarter-over-quarter.

“Everybody knows someone who got some amount of secondary liquidity,” said Greg Brogger, SharesPost founder and CEO.

Cash off the table

Airbnb, founded in 2008 and likely more than a year away from an IPO as it faces some legal battles and explores new markets, in July offered employees an opportunity sell a percentage of their stock. The company declined to comment on the transaction.

Buyers are even chasing shares of smaller companies, but not everyone is ready to sell. Jonathan Gray, founder and CEO of Cask, a Silicon Valley big data company, said he “gets approached all the time” by buyers with proposals for some of his shares, though he is not prepared to sell. He said he wants any inbound cash going into Cask’s bank account, not his.

Early-stage investors are also more inclined to sell their stake on the secondary market so they can pay returns to their limited partners within the 10-year fund cycle. David Hornik, an early-stage tech investor at August Capital, said he still has a fund from 2000 that has three investments that have yet to go public or find a buyer. “It may be a very rational thing is to sell some portion of your shares to take some money off the table,” Hornik said.—Reuters