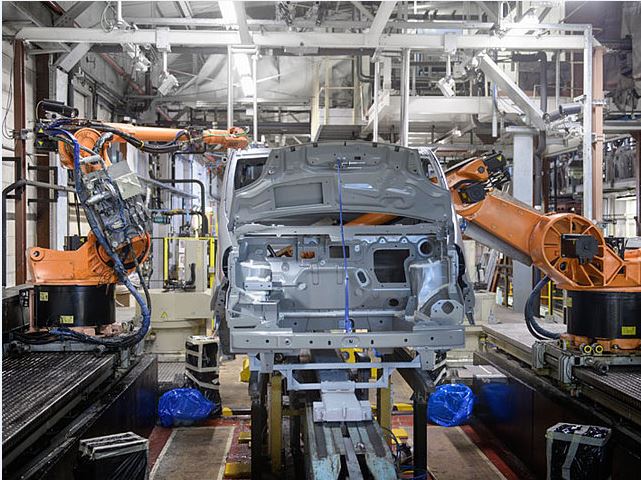 “Rogue One,” the latest in the Star Wars franchise, has had mixed reviews but features one undisputed star: K-2SO, a gangly robot with the best lines. Movies of the distant future always tap into current anxieties, and the latest alarm is that the robots are coming. Droids may not conquer the world, but they will take over its work – white-collar as well as blue-collar. Could these filmmakers know something we don’t?

Previous scares, such as when Time magazine reported on “the automation jobless” in the early 1960s, were just that. But many technology gurus insist that this time is different as artificial intelligence (AI) comes of age. Amazon has recently made its first commercial delivery by drone to a customer near Cambridge, England. It is also trying out a grocery store in Seattle that does away with the hassle of checkout lines. Several American states now permit the operation and testing of “autonomous vehicles.”

These applications of technology reflect extraordinary advances in AI. Cloud robotics liberate machines from a stand-alone existence as they share data with one another. Machine intelligence is burgeoning as “deep learning” allows computers to form associations and to predict appropriate responses by processing huge volumes of data.

As a result robots are poised to march off the assembly lines where they perform narrowly defined repetitive tasks and into the wider world of work. Innovations such as driverless vehicles and drones could displace swaths of jobs in transport and delivery. Administrative and support roles in offices are also up for grabs. A report from accountancy firm Deloitte in 2015 depicted multiple robots as “a virtual workforce – a back-office processing center but without the human resources.”

As much as 47 percent of American employment is at high risk of being automated over the next 10 to 20 years, reckoned Oxford University’s Carl Benedikt Frey and Michael Osborne in 2013. They subsequently worked out that 35 percent of British jobs were similarly vulnerable. Based on their figures, Andrew Haldane, the Bank of England’s chief economist, has estimated that up to 15 million British jobs could be automated – close to half the current total.

But the new jobs panic is exaggerated and misplaced. For one thing, political and social caution may block some of the potential uses, such as self-driving cars. For another, many jobs will continue to require a blend of skills, flexibility and judgement that is difficult to automate. David Autor, an economist at the Massachusetts Institute of Technology, argues that such employment requires “tacit” expertise that cannot readily be codified.

A study by researchers at the Centre for European Economic Research in Mannheim, published this year by the OECD, disputed the gloomy prognostications of Frey and Osborne. It argued that their estimates overstated potential job losses by assuming that whole occupations would be displaced rather than specific tasks within them. That mattered because apparently highly vulnerable occupations such as bookkeeping and accountancy generally involve crucial social interactions. By examining tasks rather than occupations, the Mannheim research team found that only nine percent of American jobs and 10 percent of British ones were especially susceptible to automation.

Most important, it is much easier to project the jobs that may be lost than to imagine the ones that will be created. In the 20th century agricultural employment dropped from 40 to 2 percent of the American workforce. Farsighted experts in 1900 might have predicted a collapse in farming jobs. But as Autor pointed out in a recent TED talk, it would have been far harder to envisage the vast variety of new jobs such as radiologists and yoga instructors which kept employment more than rising in pace with the population.

Two decades ago the dotcom boom was under way, but who even then could have foreseen the explosion in social media? Today’s tech hubs such as Silicon Valley and trendy parts of Berlin and London are full of young people doing jobs like designing smartphone apps that have only just sprung into existence.

Beyond jobs that are the direct offspring of new technologies there are a host of ones that are indirectly generated through higher productivity. A more efficient food industry lets households spend less of their income on home cooking and more on eating out, creating jobs in restaurants. More generally, consumers can splash out more on a wide range of discretionary purchases, creating jobs for personal trainers and tour guides.

Could the new jobs that will be created lag behind those that are destroyed? This seems unlikely. The progress in artificial intelligence is the latest stage in a much longer revolution in information technology, stretching back to mainframe computers after World War Two, spreading to personal computers in the 1980s and the internet in the 1990s. Yet throughout these successive waves of disruption employment has carried on rising.

The real cause for concern is not about the number of jobs but their quality. Automation looks set to continue whittling away mid-skilled routine jobs while expanding those requiring both high and low skills. The only realistic answer to this increasing polarization is to redouble efforts to foster lifelong learning and to upgrade skills and expertise.

The latest predictions of a world without workers will prove to be as wildly off the mark as previous ones. Science-fiction writer Isaac Asimov formulated his famous three laws of robots to ensure they would not run amok. A fourth one is needed: robots won’t kill work. They will indeed destroy many existing jobs, but humans will create new ones to replace them.—Reuters