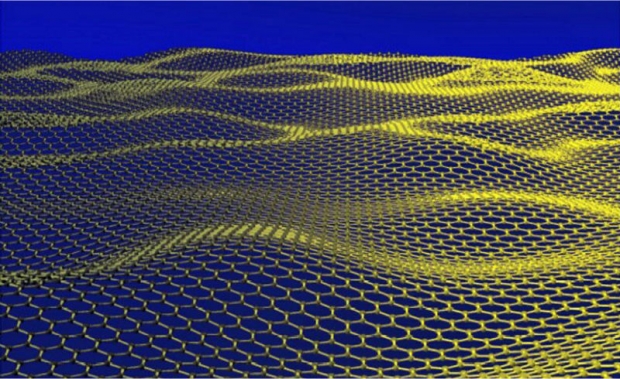 Researchers from Technische Universitat Wien (TU Wien) in Austria showed that the electrons in graphene are extremely mobile and react very quickly.

Impacting xenon ions with a particularly high electric charge on a graphene film causes a large number of electrons to be torn away from the graphene in a very precise spot.

However, the material was able to replace the electrons within some femtoseconds. This resulted in extremely high currents, which would not be maintained under normal circumstances.

Its extraordinary electronic properties make graphene a very promising candidate for future applications in the field of electronics.

“We work with extremely highly-charged xenon ions. Up to 35 electrons are removed from the xenon atoms, meaning the atoms have a high positive electric charge,” said Elisabeth Gruber from TU Wien.

These ions are then fired at a free-standing single layer of graphene, which is clamped between microscopically small brackets.

“For us, what is much more interesting is how the electrical field of the highly charged ion affects the electrons in the graphene film,” she said.

By the time the ion has fully passed through the graphene layer, it has a positive charge of less than ten, compared to over 30 when it started out.

The ion is able to extract more than 20 electrons from a tiny area of the graphene film.

This means that electrons are now missing from the graphene layer, so the carbon atoms surrounding the point of impact of the xenon ions are positively charged.

This extremely high electron mobility in graphene is of great significance for a number of potential applications.

“The hope is that for this very reason, it will be possible to use graphene to build ultra-fast electronics,” said researchers.

“Graphene also appears to be excellently suited for use in optics, for example in connecting optical and electronic components,” they added.

The study was published in the journal Nature Communications.—PTI