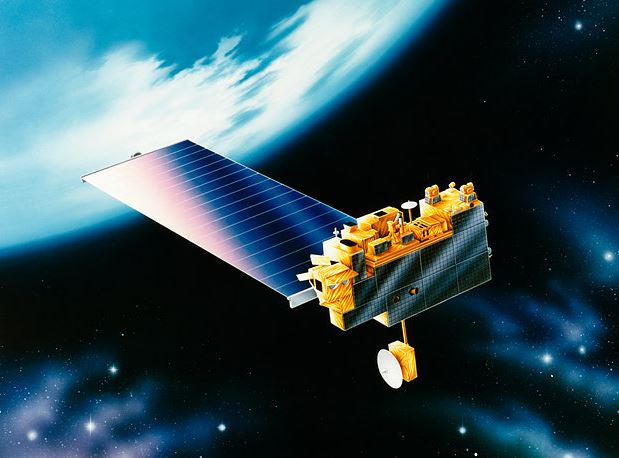 China has launched a new satellite designed to track carbon dioxide emissions, according to state-sponsored news agency Xinhua, the latest step in its newfound commitment to greener policies and international climate accords.

The satellite, dubbed TanSat, will take emissions readings every 16 days, the agency reports. Orbiting more than 400 miles above the earth, the craft is designed to measure the concentration and distribution of greenhouse gases in China’s atmosphere. Earlier this year, the country promised to reduce emissions under the United Nations’ Paris climate agreement.

TanSat launched Thursday from Jiuquan Satellite Launch Centre in the Gobi Desert, along with three micro-nano satellites to monitor agricultural areas and forestry. China is the third country to launch its own satellite for maintaining emissions data, behind Japan and the United States.

China’s apparent dedication to reducing emissions has been seen as a paradigm shift for a country that was, and still is, the world’s largest producer of greenhouse gases. In 2014, President Xi Jinping promised President Obama that China’s carbon dioxide emissions would stop growing by 2030. Two years later, climate scientists suggested that the country’s emissions may have already peaked.

Some experts suggest that previous studies could have overestimated China’s coal use, or that the country’s own national energy statistics may have underestimated it. But it’s also possible that the government’s green investments – such as in renewable energies, which totaled $111 billion in 2015 – played a role.

China’s international commitment to peak emissions ‘around 2030’ should be seen as a highly conservative upper limit from a government that prefers to under-promise and over-deliver,” Fergus Green and Nicholas Stern wrote in a study published in March in the journal Climate Policy.

In September, both the US and China agreed to ratify the Paris agreement on climate change, thus committing to further emissions reductions and financial support for developing nations. But as President-elect Donald Trump positions himself to revive the coal industry and possibly try to renege on the Paris agreement, China may see an opportunity to assume global leadership in climate action.

Whatever its motives, China has placed an imperative on renewable energy innovation – a sector that some say could fuel the global economy in the coming decades. The country may also win some ideological influence by taking steps against climate change, which is increasingly seen as a moral issue.

If predictions of greener policies’ economic benefits prove true, then “to renege on the Paris agreement, to expand oil and gas drilling, to rebuild the coal industry, to cancel federal funding for research and development of new, cleaner forms of energy – as Trump has proposed – not only will cede global leadership on climate change to China but also undermine American leadership of the global economy,” Daniel K. Gardner, a Smith College professor who studies environmental issues in China, wrote in an op-ed for the Los Angeles Times earlier this month.

This report contains material from Reuters.