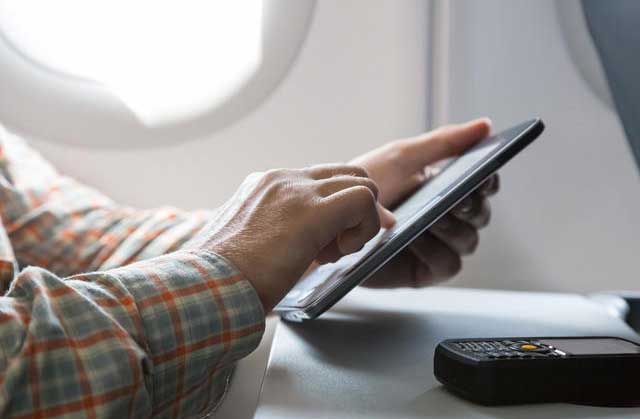 Pitching for an early approval to the proposal of providing in-flight Wi-Fi services over the Indian airspace, the Assocham on Wednesday said that the move would not only enable the fliers stay connected even when they are mid-air but also improve flight safety.

The Assocham Secretary General D S Rawat, in a letter to Prime Minister Narendra Modi, has also said that various customer surveys findings also suggest that travellers expect to stay connected via their smart devices and laptops even while flying.

Globally, many airlines are already offering Wi-Fi for passengers, but they currently have to switch off the facility when they enter the Indian airspace as such services and phone calls are not allowed on flights under the present regulations.

“In Flight Connectivity (IFC) promises to substantially improve safety of airlines as it enables flight tracking in respect of aircraft in near real time reporting latitude, longitude, altitude, true heading and ground speed; streaming of flight data recorder off the aircraft in real time; and facilitating real time intervention for safety and security based on flight data monitoring,” the Assocham said in the letter.

A large number of countries and airlines have already operationalised the in-flight connectivity, the Assocham said in the letter adding, even Sri Lanka, Pakistan, Bangladesh and Nepal have permitted IFC in planes over-flying their territory while India is yet to take any decision.

“As a result, each time an aircraft equipped with IFC enters Indian air space, it is forced to switch off the service to the passengers till it passes the Indian skies, causing hardship to the passengers,” Rawat said.

Significantly, Raju had early this month told Parliament that “the department of telecommunications has already moved a proposal for providing in-flight connectivity for voice, data and video services for consideration of the committee of Secretaries.”

However, Raju also said providing on board Wi-Fi services in Indian airspace involves amendment of provisions of Indian Telegraph Act, 1885 as well as Indian Telegraphy Rules made thereunder.