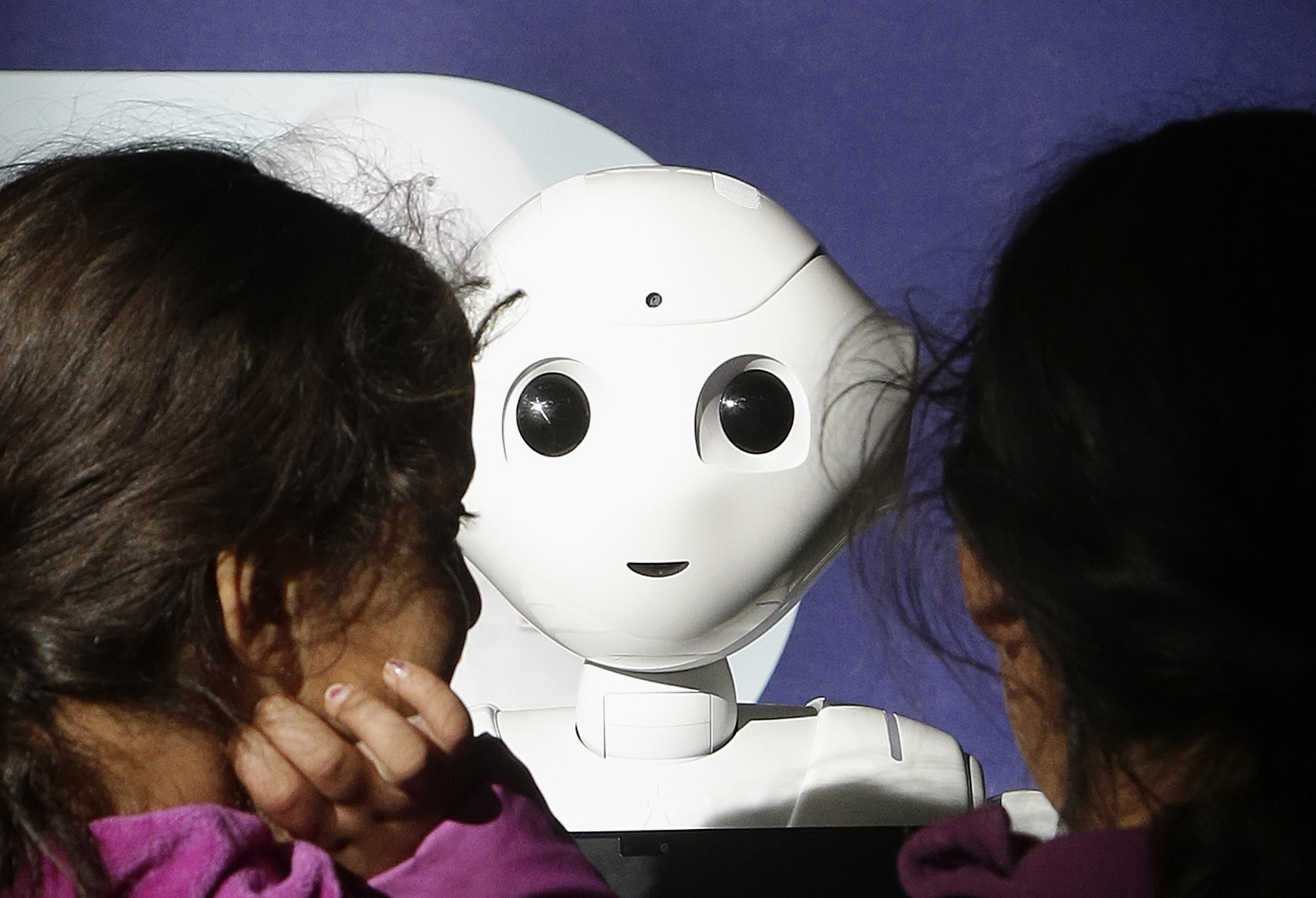 In this Thursday, Dec. 22, 2016, photo, Laila, left, and her sister Nour, last names not given, play with Pepper the robot at Westfield Mall in San Francisco. While merrily chirping, dancing and posing for selfies, Pepper looks like another expensive toy in the San Francisco mall where it will be entertaining shoppers through mid-February. But it would be a mistake to dismiss Pepper as mere child’s play, even though kids flock around the 4-foot-tall humanoid as it speaks in a cherubic voice that could belong to either a boy or girl. (AP Photo/Jeff Chiu)