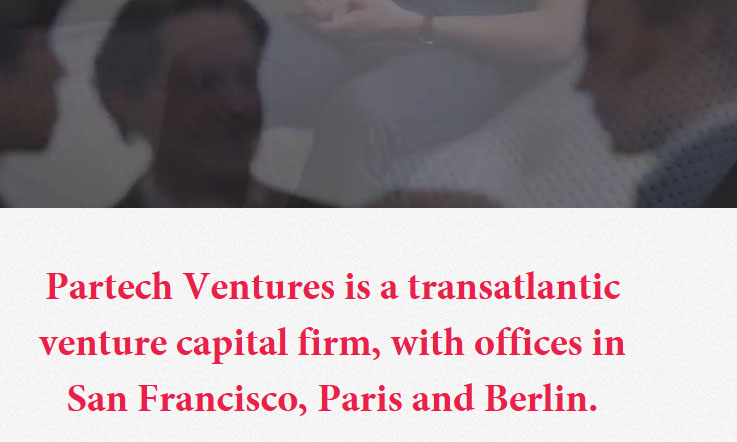 French cosmetics giant L’Oreal said on Tuesday it was investing in an early stage fund managed by private equity firm Partech Ventures, making its second investment in digital and technology start-ups in less than a year.

L’Oreal, which makes Armani perfume and Biotherm cream, said it was investing several million euros in the fund, alongside companies such as Accenture, Nokia and the United States’ Cisco. It did not give a precise figure.

Partech Ventures, which is based in Paris and has offices in Berlin and San Francisco, invested in websites such as furniture retailer made.com and restaurant booking specialist lafourchette.com.

“These investments in new technology will … enrich our brands and their communication, as well as other aspects such as supply chain, research and innovation,” L’Oreal Chief Digital Officer Lubomira Rochet told Reuters in a telephone interview.

In 2012, L’Oreal set up an internal start-up unit in Silicon Valley and in May this year, it invested in Founders Factory, a digital incubator, co-founded by Brent Hoberman, former CEO and co-founder of lastminute.com.

Some of the new technologies the group developed internally include My UV Patch, a skin sensor designed to monitor UV exposure and help consumers educate themselves about sun protection.

L’Oreal made more than 5 percent of its sales online in 2015. Its digital team, which counted some 150 people five years ago, now totals more than 1,000, with hundreds hired this year.

Last year L’Oreal spent 25.5 percent of its advertising budget on digital communications and the proportion is expected to grow as more consumers, particularly in regions such as the Middle East, use the Internet for beauty tips and purchases.

“Digital has become the heart of the group’s marketing strategy,” said Rochet.

Leading markets for e-commerce were the United States, China, Germany and the United Kingdom while e-commerce sales were also rising fast in countries such as Russia and Indonesia, Rochet said.—Reuters