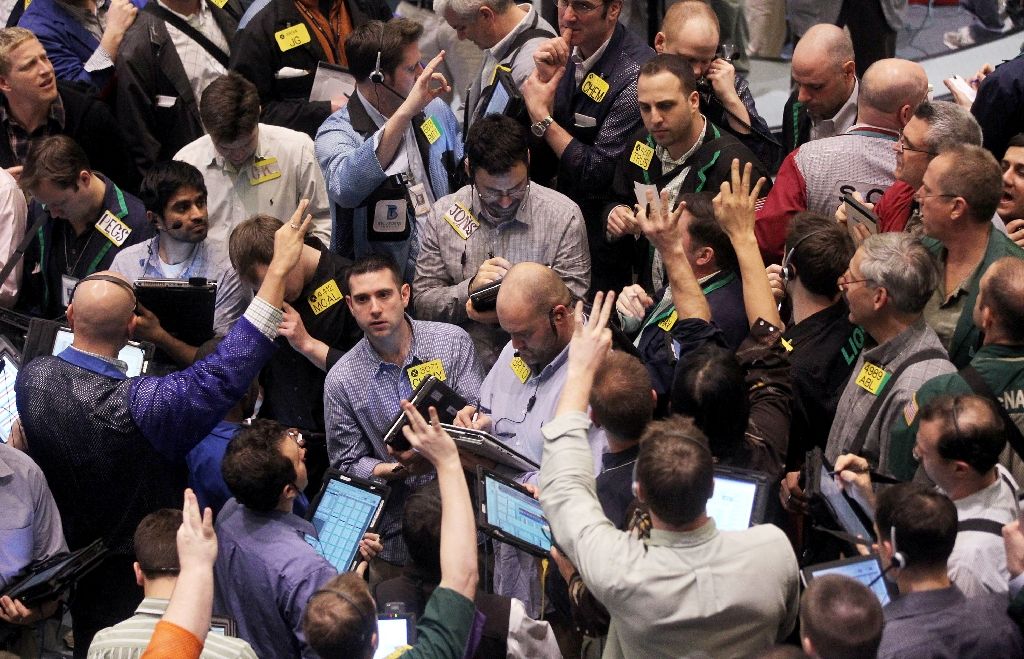 It’s the end of an era and another sign of digital dominance: Friday is the final day screaming, gesturing traders can buy and sell commodities, including oil, on a trading floor in New York.

The death knell for “open outcry” trading in New York came in April when the CME Group announced it planned to close the physical trading floor at the end of 2016, saying volumes for the old-fashioned method represented just 0.3 percent of overall energy and metals trading.

“I can confirm that all open outcry options on futures trading pits in New York will be closed, as planned, at the end of trading today,” a spokesman for the Chicago Mercantile Exchange said Friday.

In truth, US markets have long been transitioning to electronic trading and the CME’s announcement was hardly news to many in the industry.

“The closing of the New York trading pits is largely a formality, which surprises the trading community, not for finally closing, but for still existing on the eve of 2017,” former pit trader Ryan Carlson said in an email message to AFP.

Carlson, who transitioned to electronic trading in 2005, has published a book to document the hundreds of hand signals used to communicate in the noisy chaotic trading pits. He professes “nostalgia” for an era that is quickly fading.

“Ever since I began as a clerk on the trading floor at the Kansas City Board of Trade in 1998, the inevitable closure of exchange floors was always thought to be imminent but like the scrappy occupants of the trading pits, means of survival were continually discovered,” he said.

Floor trading for commodities in New York already was diminished when the CME in February 2015 announced it would cease futures trading on the floor.

That move still allowed for the trading of options on West Texas Intermediate, the US oil benchmark, and leading metals contracts. But that too will end after Friday.

Floor trading for oil futures has a rich history as shown in the books of oil analyst and historian Daniel Yergin, who has recounted how the 1983 start of trade of the vaunted US benchmark WTI on the New York Mercantile Exchange changed the course of the oil industry.

CME sold the NYMEX building in 2013 to a real estate promoter, but indicated at the time that it would lease back part of the downtown building and that it “remains committed” to open outcry trading.

But floor trading is becoming more and more an endangered species in the US financial capital.

While the New York Stock Exchange still maintains a physical trading floor from its austere perch on Wall Street, investors now trade electronically on more than 20 other exchanges. The best known is the tech-dominant Nasdaq, which maintains a ceremonial floor near Times Square, but one dominated by computer screens.

The CME plans to maintain floor trading in Chicago for at least a bit longer for agricultural products and S&P 500 futures contracts, among other products.

Chicago, the city “which nurtured the modern derivatives industry,” makes sense as the last light “until the city also gives final closure to these physical venues,” Carlson said.

“Anyone who worked for even a short time on the trading floor is able to draw a lifetime of memories of such a surreal place filled with unforgettable characters beyond the imagination of fiction writers.”—AFP