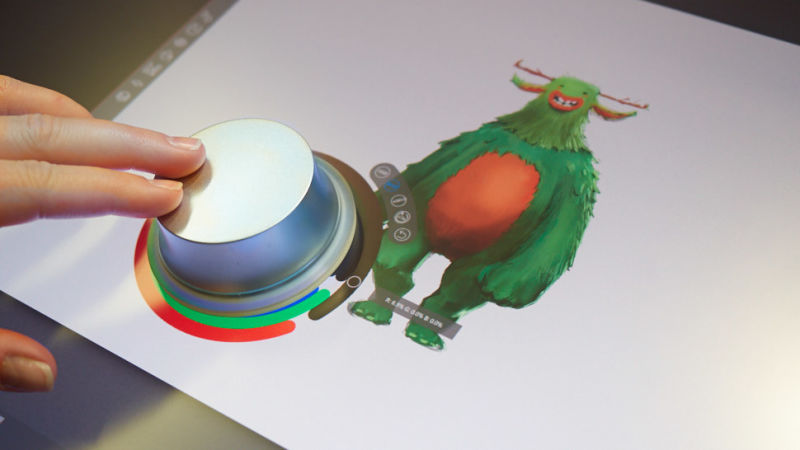 Who needs a keyboard? Dell is introducing a new way to interact with your computer.

The Dell Canvas 27 is a 27-inch glass surface that sits flat on a desk in front of a monitor. The touch surface is where a keyboard would normally be. Various widgets are available to manipulate items on the monitor. The Canvas also comes with a pen for sketching and creating.

Dell envisions people using the device to edit photos and video, work on music and even work with financial tables. The goal is to replace clutter generally found on a desk. Instead of working with paper on a desk, just use the touch surface.

The device launches in the spring and is expected to cost less than $2,000 — or around $3,000 with the monitor included.

Lenovo has a similar concept in last fall’s Yoga Book. It’s a laptop that replaces the keyboard with a touch screen for both typing and doodling. But the screen is smaller, measuring 10 inches diagonally.

Dell announced the Canvas at the CES gadget show on Thursday. Tom Holland, star of “Spider-Man: Homecoming,” also stopped by to introduce two Dell products — a tablet and a gaming laptop — that will appear in the movie.—AP