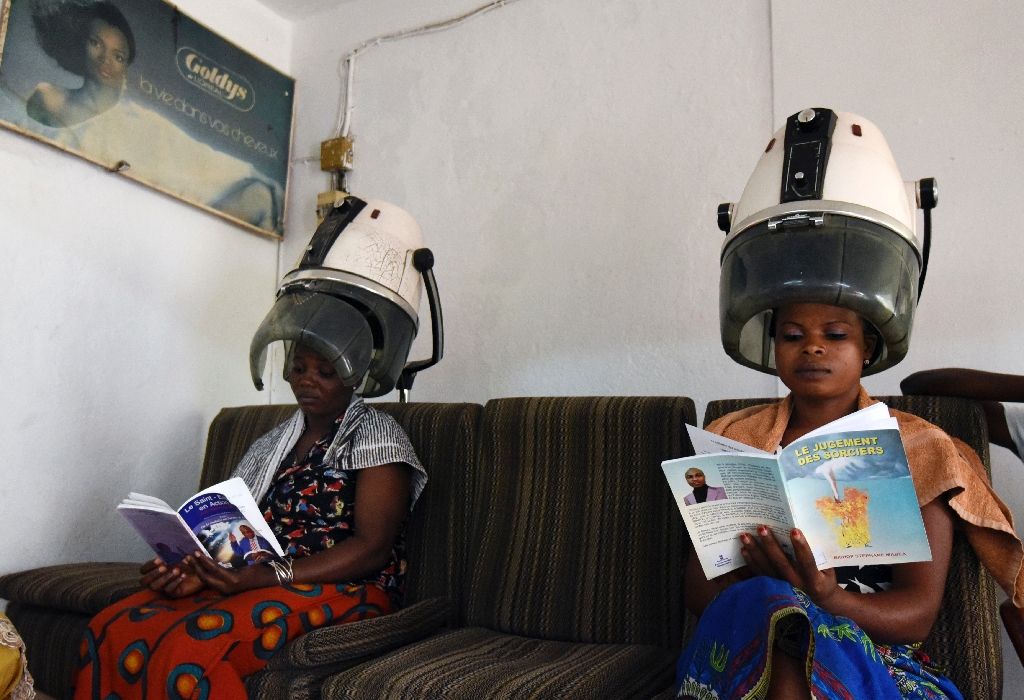 As many African women spend much of their spare time in hair salons, Ivory Coast’s chief librarian, also a woman, came up with a brainwave scheme to help them read and learn to read.

Crammed on shelves between hair extensions, untangling creams and straightening lotions, a total 23 hair salons now offer customers a range of books on loan from the National Library.

“Libraries are practically non-existent in our suburbs and the ones that do exist get very few visitors, and rarely women,” said chief librarian Chantal Adjiman, who launched the project in 2012.

With little time on their hands between work and childcare, most women simply do not have the opportunity to seek out books.

So the library decided it was best to take books to one of their “regular meeting-places”.

“Ivorian women are charmers,” said Adjiman. “They can spend more than an hour and a half in a hair salon.”

At the National Library building, where 1,750 books have been set aside for the hair salons, staff pack novels, children’s books and also essays about women’s or children’s rights into boxes.

Outside one of the hair salons, located in a market, a young woman sits reading on a bench oblivious to the noise or the banter of the traders nearby.

“I’ve got no money to buy books so I often come here just to read,” she said.

Inside the salon, where a woman under a hood hair dryer thumbs a novel, owner Benedicte Ouguehi says the presence of the books has attracted new customers.

Even hairdressers working out in the open come by the salon to borrow books for their clients, she adds.

In Abidjan’s well-heeled district of Cocody, 66-year-old salon owner Justine Inagohi says she immediately agreed to sign onto the scheme.

“Women gossip under the dryers, I’d rather they did something more educational,” she said.

Inagohi has even set up a reading corner for children, used both by children accompanying their mothers and those who live in her own building.

The presence of the books, whether they be for children or for adults, gives women who cannot read and write the incentive to learn, and even men are beginning to turn up in women’s hair salons to borrow them, said librarian Adjiman.

“Ivorians love reading but have no access to books,” she said.—AFP