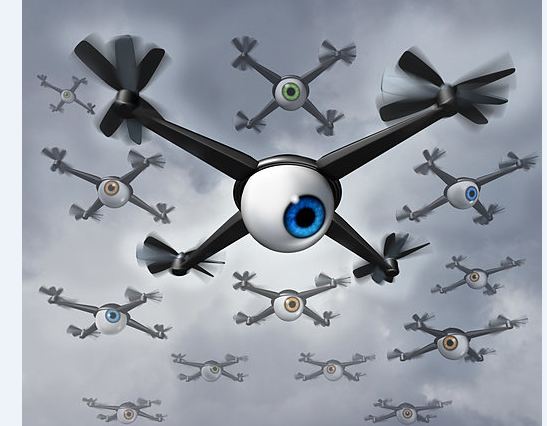 Britain on Wednesday set out the legal basis for drone strikes against terror suspects overseas, saying new technology meant some terror attacks were developing too quickly for traditional law enforcement to react.

Attorney General Jeremy Wright, the government’s top legal officer, said international law must adapt to “changing times” where social media was used to inspire and train militants within a short space of time.

The government’s policy has come under scrutiny since an unprecedented RAF drone attack killed two Britons fighting with the Islamic State group in Syria in August 2015.

In a major speech, Wright will set out how decisions are taken when Britain can act in “self-defence”, including assessments of the immediacy, nature and probability of the suspected attack.

“The situation we face today does not always allow for the possibility of using criminal law enforcement measures to stop attacks,” he will say, according to extracts of the speech obtained by AFP.

“We are a long way from being able to see troops massing on the horizon. Technology has made it easier for terrorists to carry out attacks. The law has to keep up with the changing times.”

The likelihood that there will be other opportunities to act that might “cause less serious collateral injury, loss or damage” is also a factor — an acknowledgement of potential civilian deaths from drone strikes.

Other issues to be considered include whether the anticipated attack is part of a concerted pattern of continuing armed activity, and its likely scale.

The government must also consider the loss or damage likely to result from failing to act, Wright will tell the International Institute for Strategic Studies (IISS).

Former prime minister David Cameron revealed the 2015 RAF drone strikes in a speech to parliament, saying it was Britain’s first such action in a country where it was not involved in military operations.

He said that one of the targets, 21-year-old Reyaad Khan, had been planning “barbaric” attacks in Britain on high-profile public events that summer.

British security services and counter-terrorism forces say they have foiled at least 10 attacks in Britain in the past two years.—AFP