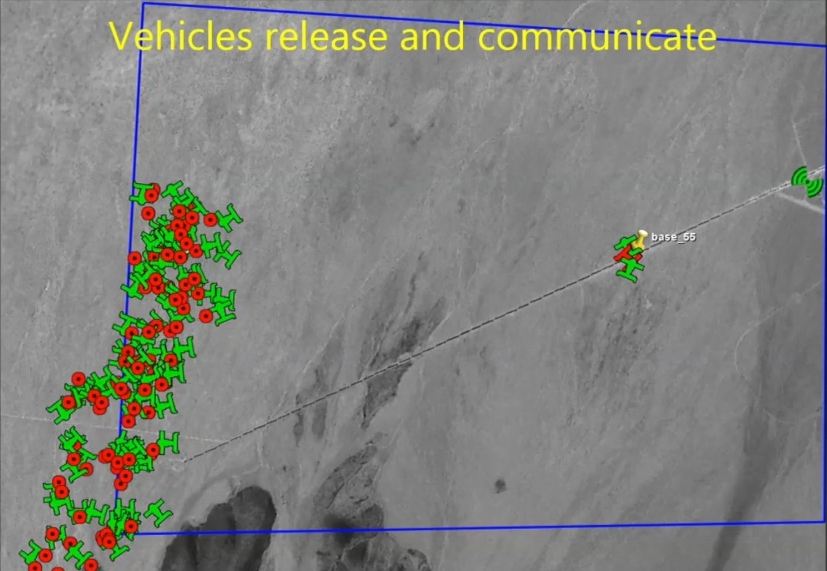 The Pentagon may soon be unleashing a 21st-century version of locusts on its adversaries after officials on Monday said it had successfully tested a swarm of 103 micro-drones.

The important step in the development of new autonomous weapon systems was made possible by improvements in artificial intelligence, holding open the possibility that groups of small robots could act together under human direction.

Military strategists have high hopes for such drone swarms that would be cheap to produce and able to overwhelm opponents’ defenses with their great numbers.

“Perdix are not pre-programmed synchronized individuals, they are a collective organism, sharing one distributed brain for decision-making and adapting to each other like swarms in nature,” said William Roper, director of the Pentagon’s Strategic Capabilities Office. “Because every Perdix communicates and collaborates with every other Perdix, the swarm has no leader and can gracefully adapt to drones entering or exiting the team.”

Defense Secretary Ash Carter — a technophile and former Harvard professor — created the SCO when he was deputy defense secretary in 2012.

The department is tasked with accelerating the integration of technological innovations into the US weaponry.

It particularly strives to marry already existing commercial technology — in this case micro-drones and artificial intelligence software — in the design of new weapons.

Originally created by engineering students from the Massachusetts Institute of Technology in 2013 and continuously improved since, Perdix drones draw “inspiration from the commercial smartphone industry,” the Pentagon said.