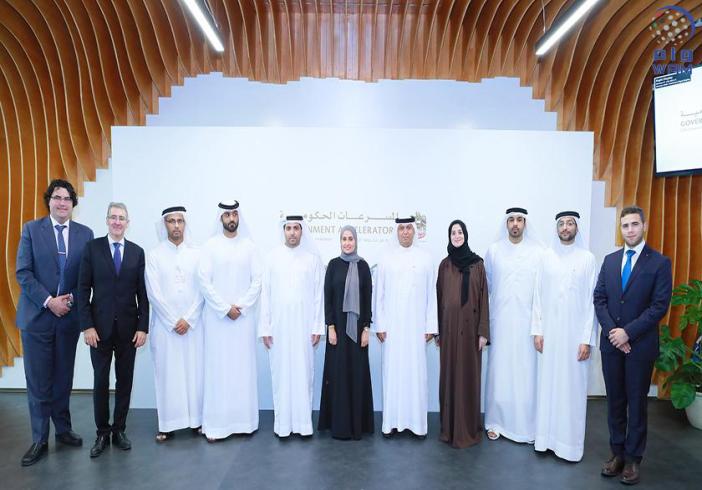 The government of the UAE has announced the completion of a legal system to supervise venture capital funds, as one of the first projects approved by the Government Accelerators initiative, launched last year by Vice President, Prime Minister and Ruler of Dubai, His Highness Shaikh Mohammed bin Rashid Al Maktoum, in line with the goals of the UAE National Agenda, the Ministry of Economy has announced.

The legal system was formulated through a joint effort from the Government Accelerators team, comprising the Ministry of Economy and the Securities and Commodities Authority, SCA, and involves necessary regulations and obligations governing venture capital funds.

It also seeks to facilitate the work of innovators and attract venture capital funds to the country to bolster the UAE’s innovation enablers and strengthen its position in the international innovation index ranking.

Sultan bin Saeed Al Mansouri, Minister of Economy, explained that the adoption of regulations and obligations related to the legal system of venture capital funds is the result of close cooperation and partnerships between the public and private sectors to boost opportunities for financing innovation-based projects in the UAE, which is essential in achieving the country’s vision of a diversified and competitive knowledge-based economy, and leadership in innovation.

The minister added that this decision is a step in the right direction to further promote the competitiveness of small and medium-sized businesses, as well as national companies focused on technology and innovation and contributing to achieving the government targets set in the national agenda, while placing the UAE among the top 10 countries in the world in innovation by 2021.

Dr. Obaid Al Zaabi said that the new system contributes towards the completion of the regulations and decisions that strengthen the investment climate in local capital markets, as well as the development of the legislative system, in accordance with best international practices. This has helped qualify the capital markets in the country to upgrade them into advanced markets.

He explained the importance of the decision in providing a clear and transparent mechanism to support other systems recently issued by the SCA, primarily on investment funds and investment management systems. It will raise the market size of institutional and individual investments for its efficiency and attractiveness to local and foreign investment, as well as private investment, as it complies with the standards and criteria of the International Organisation of Securities Commissions, IOSCO, and the European Securities and Markets Authority, ESMA,

Sultan Alfan Al Shamsi noted that this decision comes as part of the on-going efforts to develop and institutionalize the financial markets in the UAE, in line with best international practices.

He added that the legal system for venture capital funds represents a form of funding for leading and innovative projects, including industrial projects based on modern technology. It opens the door for financing small and medium-sized projects and investing in the knowledge economy.

Al Shamsi further pointed out that the formulation of specific bylaws for the legal system for venture capital funds, and setting performance indices that measure the extent of its impact in the UAE, is fundamental for the development of a knowledge economy based on creativity and innovation.—WAM