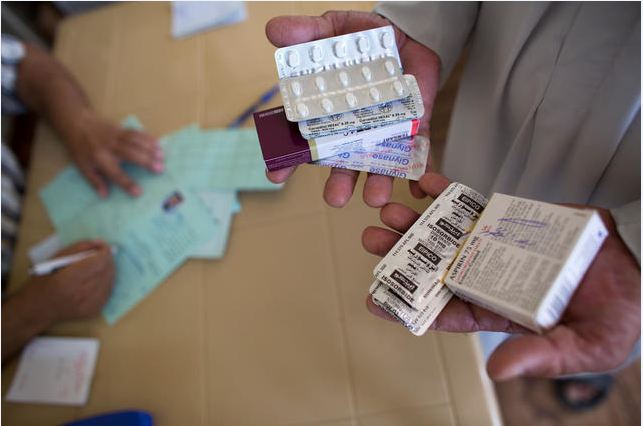 Two decades after they were spurred into action to tackle AIDS in Africa, global drugmakers said on Wednesday they would invest an initial $50 million over three years to fight cancer and other non-communicable diseases in poor countries.

Twenty-two companies, including Pfizer, Merck , Novartis, Roche, Sanofi and GlaxoSmithKline, will contribute funds and expertise to the project, which is backed by the World Bank.

The so-called Access Accelerated initiative was announced at the World Economic Forum in Davos and aims to improve both treatment and prevention.

In the past, the focus of healthcare in poorer parts of the world has been on fighting infectious diseases, whether through vaccinations, drug programmes or the roll-out of anti-malarial bednets.

Today, however, the healthcare burden is shifting as deaths from these conditions decline and people in increasingly urbanised populations succumb to diseases such as cancer, diabetes, and heart and lung disorders fuelled by Western lifestyles.

Such non-communicable diseases (NCDs) are responsible for nearly 70 percent of all deaths worldwide and almost three quarters of them occur in low- and middle-income countries, according to the World Health Organization.

Severin Schwan, the chief executive of Roche, the world’s largest maker of cancer drugs, said his company and others were already implementing preferential pricing for the developing world but cost was only one obstacle.

Countries in Africa, Asia and Latin America also need improved healthcare systems if patients are to benefit from the latest developments in medicine.

“It has a lot to do with hospital infrastructure. You can’t administer modern cancer medicines if you don’t have sophisticated lab facilities,” he told Reuters. “We’re going to institutionalise cooperation in this area.”

Cancer is the initial focus and drug companies will work with the Union for International Cancer Control to test out new diagnostics and treatments in several cities around the world on a pilot basis.

Sanofi CEO Olivier Brandicourt said the $50 million commitment – a relatively small sum for an industry with global sales of around $1 trillion a year – was just a start.

“The $50 million is more like seeding funding, if you want, and based on the results we’ll gather afterwards we will have a more ambitious programme with more stakeholders between 2020 and 2030,” he said. —Reuters