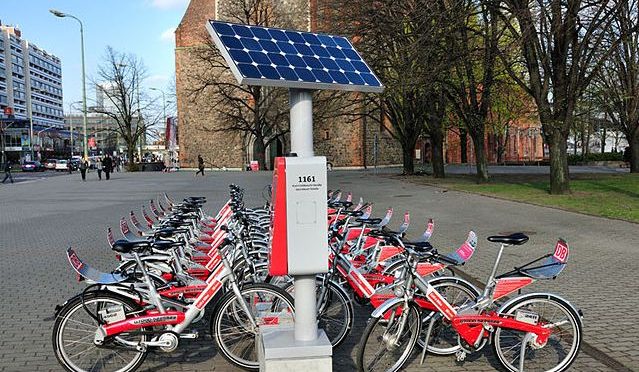 In an effort to reduce air pollution due to vehicular emissions in the country, scientists have designed a new solar-assisted bicycle that may prove to be a low-cost, eco-friendly alternative to two wheeler motor vehicles, and may hit the market by next year.

The bicycles, which can switch between the solar energy powered motor and the pedals, may cost around 12,000 to 15,000 rupees, researchers said.

India was the sixth largest motor vehicle manufacturer in 2014-15, producing a record 23.4 million vehicles in the period, they said.

Two wheeler production reached 18.5 million units in the same year. The growth of vehicles has doubled in last two decades, and they have become the major source of pollution in urban India.

Increasing air pollution is not only affecting the environment, it also has adverse health effects like lung cancer, cardiovascular mortality, leading to 10 per cent deaths in the country per annum according to estimates.

“To overcome this problem, an effort is being made for developing an eco-friendly vehicle to reduce pollution in India,” said S A Puviyarasu, from Dr N G P Institute of Technology, Anna University in Tamil Nadu.

“If we use solar assisted bicycle, we can reduce overall 60 per cent of all vehicle pollution in our country,” Puviyarasu told PTI.

When the power supply is given to the hub motor from solar panel unit, the bicycle wheels rotate to move. The rider can choose between the motor and the pedals, or even use both at the same time.

The bicycle can be customised according to the needs of the user, Puviyarasu said.

For example, if users are looking for a bicycle with speeds of about 80 km/hr, the solar panel specification and hub motor power can be adjusted accordingly to suit people’s needs.

“My plan is to implement this bicycle soon. We can expect these type of bicycles by the year 2018 in India,” Puviyarasu said.

The research was published in the Indian Journal of Science and Technology.—PTI