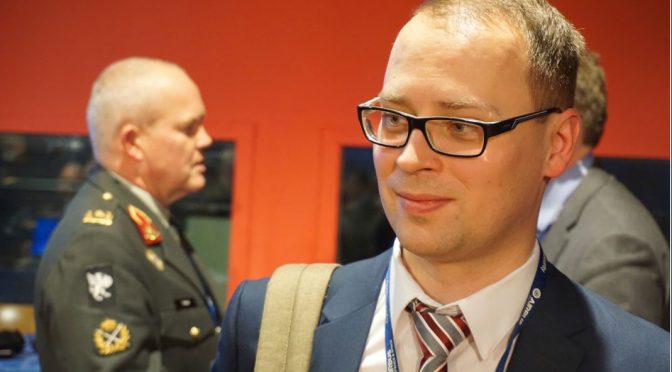 The tiny Baltic nation of Estonia is experimenting with the idea of cyberconscription, a move that gives draftees with tech skills the chance to work shoring up their military’s electronic infrastructure, an Estonian defense official said Tuesday.

The experiment involves between 10 and 20 draftees, Undersecretary of Defense Erki Kodar told The Associated Press at a cybersecurity conference in Lille, in northern France. The pilot program began last summer and will be evaluated after the conscription cycle ends in June.

Estonia’s compulsory military service means teens can serve between eight to 11 months in the military depending on their role on whether they serve as sailors, soldiers or in other roles.

Those accepted as cyberconscripts can expect to pass their time on a help desk or doing programming work, Kodar said.

Government agencies and militaries across the world have long struggled to attract and keep cybersecurity professionals in the face of fierce private-sector competition, and Kodar said the plan could be a way of drawing them into the country’s military or its reserves. In any case he said it didn’t make sense to waste information technology talent.

“Maybe a highly skilled IT specialist, it’s not good to get them as drivers,” he said.

Estonia’s cyberconscript plan is unusual, but many militaries — including France, whose cyberdefense reserves had a booth at the conference — have some kind of a call-up force of information security professionals.—AP