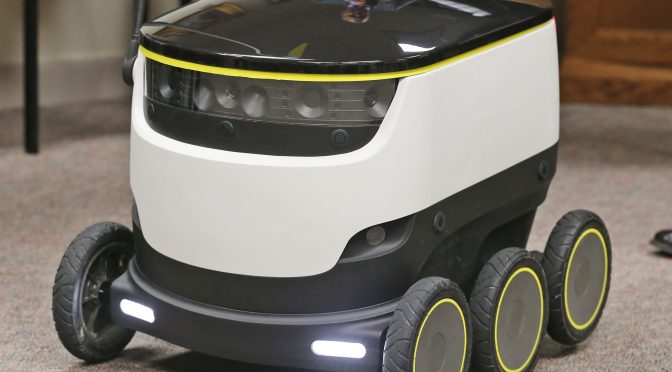 Robots about the size of a beer cooler could soon be rolling down Virginia sidewalks to deliver sandwiches, groceries or packages.

State lawmakers have partnered with European company Starship Technologies on bills that would allow Virginia cities to join two others in the U.S. and many across Europe where the company is testing the robots. Much like big-time retailers’ attempts at airborne drone deliveries, the earthbound robots aim to revolutionize the way people get their parcels.

Company representatives visited the Capitol on Wednesday for a demonstration. They say the bills would clarify gray areas in current law about the legality of the robots and make Virginia the first state in the U.S. to regulate such devices.

The bills have been referred the transportation committees of both chambers.—AP