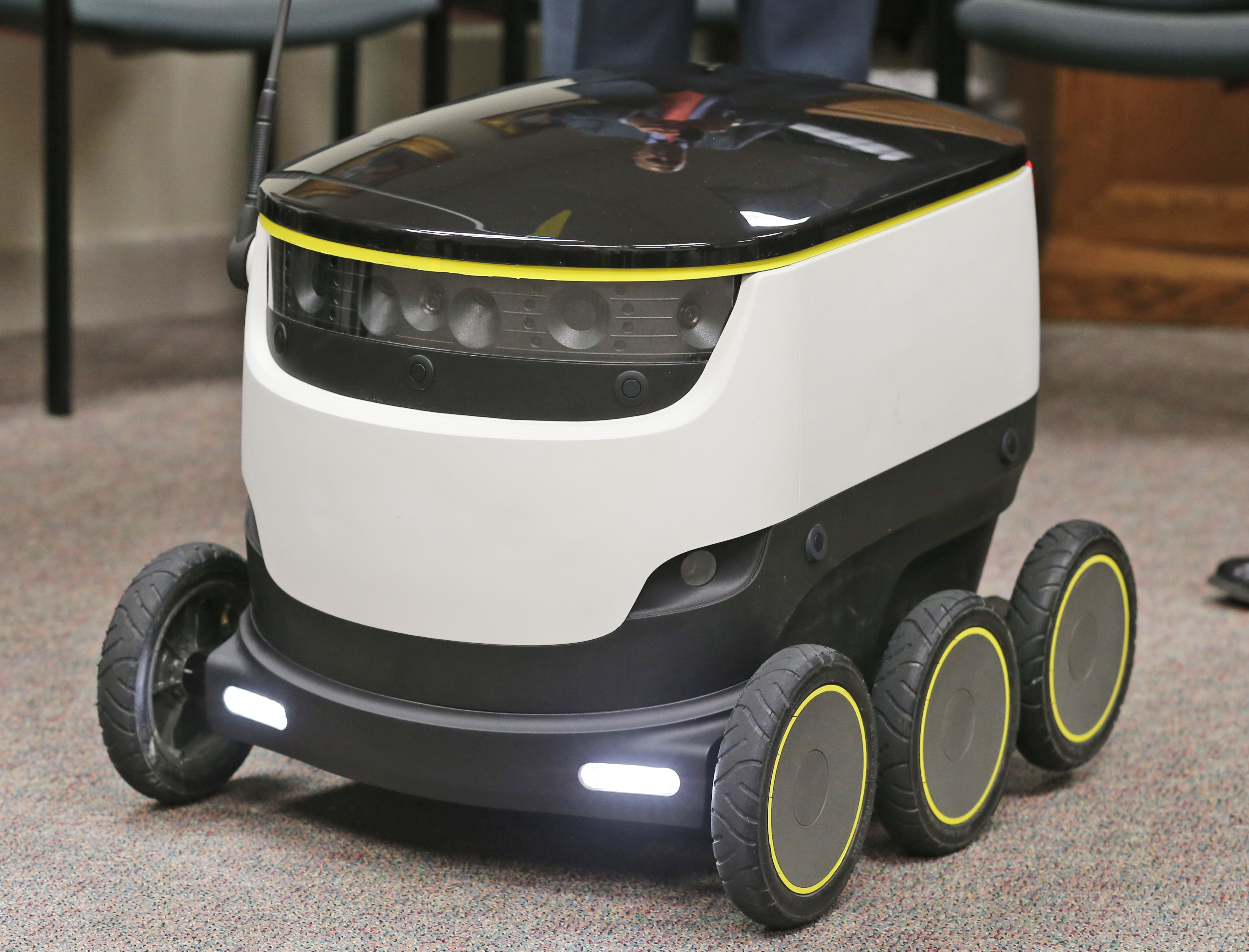 The Starship Technologies delivery robot goes through it’s paces during a demonstration at the Capitol in Richmond, Va., Wednesday, Jan. 25, 2017. State lawmakers have partnered with European company Starship Technologies on bills that would allow Virginia cities to join two others in the U.S. and many across Europe where the company is testing the robots. Much like big-time retailers’ attempts at drone deliveries, the robots aim to revolutionize the way people get their parcels. (AP Photo/Steve Helber)