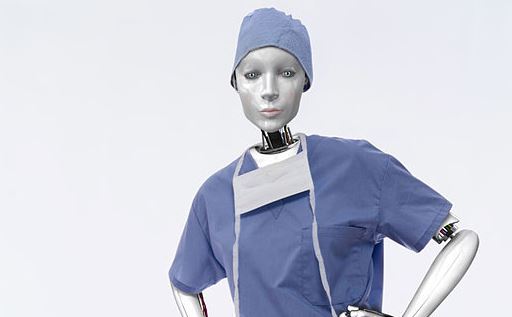 Highly sophisticated robotics and ‘bio-printing’ are rapidly changing the face of modern surgery, significantly eliminating the risk of human error and in some cases even allowing doctors to perform procedures remotely, according to experts at Arab Health.

Dr Peter C.W. Kim, vice-president and associate surgeon-in-chief of the Joseph E. Roberts Jr. Centre for Surgical Care at Washington DC’s Children’s National — which has received millions of dollars in donations from the UAE’s government — noted that doctors will soon be able to 3D-print using bio-tissue, such as for an eardrum.

“What our engineers and researchers have done is not only design the plastic with it, but also graft cells onto it,” he said. “This is where we are going. You will (in the future) be able to have organs on the shelf. Instead of harvesting it, you can print it.”

“Initially, we are starting with structural tissues like knee joints, meniscus, bones. But ultimately, you’ll be able to incorporate functional tissue into it,” he said. “We’re probably five to seven years away from that. It’s like an inkjet, and you can put different cartridges for different cell types.”

“When you look at surgical tools, from the Romans to Medieval times to open surgery tools, these are simple extensions of human capability. Even today, these are simply power tools,” he said. “But what we have done (with robotics) is to add better vision and intelligence.”

In the case of a robot that Children’s National recently successfully tested to create a surgical suture, Dr Kim noted that the robot “has situational awareness” of its own.

“It’s able to follow the task programmed into it. Imagine, you can programme the best surgeon’s techniques into it and have it available anywhere, so, for example, you wouldn’t have to send surgery patients from the UAE to the United States,” he said.

According to Dr Kim, the research showed that compared to surgeons — some world renowned — the robot had made less mistakes over a comparable time frame.

“Sixty per cent was done fully autonomously, and 40 per cent was supervised. The robot would choose what to do and the surgeon would simply approve it,” he noted. “Whatever you need, whenever you need it, however you need, you’ll have access to the very best surgery. It’s not just tele-operated, that’s just a bandwidth issue. This has intelligence.”

Another example at Arab Health was the first-of-its kind ‘Surgical Robotic System’ which, essentially, is a machine-enhanced extension of a surgeon’s hands and eyes. Using an eye-sensing camera that the surgeon controls with their eyes, and complex mechanical arms that respond to the touch of a fingertip from the surgeon sitting in an ergonomic console, the robot has already been successfully used to perform hysterectomies.

“Robotics have transformed the way we look at the healthcare industry and the near future will only witness an increased usage of robotics in this sector,” said Muwafiq Matari, the CEO of Arabian Millennium Medical Training, which was showcasing the robot at Arab Health.