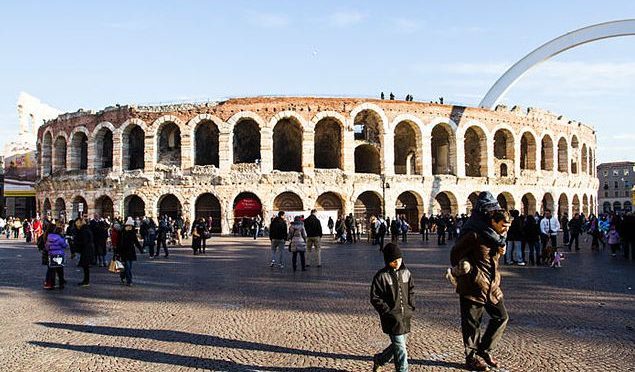 A controversial project to cover the Verona Arena has nudged forward with the announcement that a German proposal has won a competition for the best proposal to shield the ancient Roman amphitheater from rain.

The 13.5-million-euro ($14.5-million) proposal by engineering firm Schlaich Bergermann & Partner and Gergan Marg & Partners architects calls for a curtain membrane that would be extended on cables in case of rain, with minimal visibility when retracted.

Verona Mayor Flavio Tosi said Tuesday that the project could be completed in three years if approved by the cultural ministry in Rome. The Calzedonia fashion group will help with financing.

The project has been beset by concerns over the impact on the ancient structure, the third-largest Roman amphitheater in the world and modern-day concert and opera venue.—AP