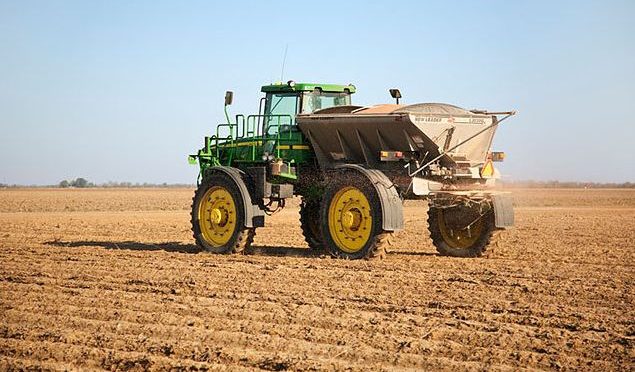 A new synthetic fertiliser could help farmers to save money, boost food production and reduce planet-warming emissions, scientists have found after trialling it on rice farms in Sri Lanka.

By slowing down the release of nutrients the fertiliser will help farmers to increase crop yields using less chemicals, the scientists from Britain and Sri Lanka said.

Chemical fertilisers such as the nitrogen-rich urea were key to the agricultural boom of the 1960s and 70s known as the “Green Revolution” but their cost remains relatively high for farmers in the developing world.

Agricultural production must rise by about 60 percent to feed a growing global population, expected to reach 9 billion by 2050, according to the United Nation’s Food and Agriculture Organisation(FAO).

Urea, commonly used to grow rice, wheat and maize, dissolves quickly when in contact with water and part of its nutrients are washed away before crop roots can absorb them.

As a consequence, more applications are needed, which can prove too expensive for farmers in poor regions, the scientists wrote in the scientific journal ACS Nano this week.

Moreover, unabsorbed urea particles go on to form ammonia that pollutes waterways and eventually causes the release of greenhouse gases into the atmosphere.

The new fertiliser delays the dissolution of urea by binding it with a mineral to slow down the release of nutrients 12 times, the scientists said.

“The plant takes up more of the fertiliser and less is wasted,” said Gehan Amaratunga of the University of Cambridge in Britain, co-author of the report.

“This goes a long way to reduce the environmental footprint of agriculture,” he told the Thomson Reuters Foundation by telephone late on Thursday.

Amaratunga said he hoped the innovation could help usher in a new, more eco-friendly Green Revolution.

“It is a Green Revolution…as it’s more food and less environmental damage,” he said.—Thomson Reuters Foundation