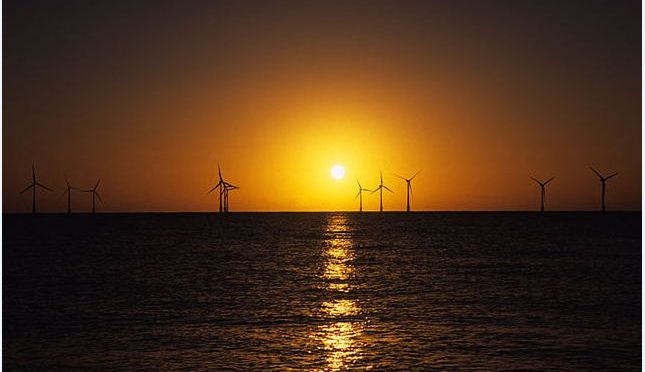 Even if solar and wind capacity continues to grow at breakneck speed, it will not be fast enough to cap global warming under two degrees Celsius (3.6 degrees Fahrenheit), the target set down in the landmark 2015 Paris climate treaty, they reported in the journal Nature Climate Change.

“The rapid deployment of wind, solar and electric cars gives some hope,” lead author Glen Peters, a researcher at the Center for International Climate and Environmental Research in Oslo, Norway, told AFP.

“But at this stage, these technologies are not really displacing the growth in fossil fuels or conventional transportation.”

Earth is overheating mainly due to the burning of oil, gas and especially coal to power the global economy.

Barely 1C (1.8F) of warming so far has already led to deadly heatwaves, drought and superstorms engorged by rising seas.

The 196-nation Paris Agreement set a collective goal to cap warming, but lacks the tools to track progress, especially at the country level.

To provide a better toolkit, Peters and colleagues broke down the energy system into half-a-dozen indicators — GDP growth, energy used per unit of GDP, CO2 emissions per unit of energy, share of fossil fuels in the energy mix, etc.

What emerged was a sobering picture of narrowing options.

“Wind and solar alone are not sufficient to meet the goals,” Peters said.

The bottom line, the study suggests, is how much carbon pollution seeps into the atmosphere, and on that score renewable have — so far — barely made a dent.

Investment in solar and wind has soared, outstripping fossil fuels for the first time last year. And renewables’ share of global energy consumption has increased five-fold since 2000.

But it still only accounts for less than three percent of the total.

Moreover, the share of fossil fuels — nearly 87 percent — has not budged due to a retreat in nuclear power over the same 15-year period.

Even a renewables Marshall Plan would face an unyielding deadline: To stay under 2C, the global economy must be carbon neutral — producing no more CO2 than can be absorbed by oceans and forests — by mid-century.

Compounding the challenge, other key policies and technologies deemed essential for holding down temperatures remain woefully underdeveloped, the study cautioned.

In particular, the capacity to keep or pull carbon dioxide out of the atmosphere and store it securely — a cornerstone of end-of-century projections for a climate-safe world — is practically non-existent.

Vetted by the UN’s top climate science panel, these scenarios presume that thousands of industrial-scale carbon capture and storage (CCS) facilities will be up-and-running by 2030.

As of today, there are only one or two, with a couple of dozen in various stages of construction.

Another form of clean energy pencilled into most medium- and long-term forecasts that does not yet exist on any meaningful scale is carbon-neutral biofuels.

The idea is that CO2 captured while plants grow will compensate for greenhouse gases released when they are burned for energy.

On paper, that carbon pollution will also be captured and stored, resulting in “negative emissions” — a net reduction of CO2 in the atmosphere.

But here again, reality is dragging its feet.

“It is uncertain whether bioenergy can be sustainably produced and made carbon-neutral at the scale required,” the researchers noted.

All of these technologies must come on line if we are to have a fighting chance of keeping a lid of global warming, which is currently on track to heat the planet by 3C to 4C (5.4F to 7.2F), the study concluded.

“There need to be a shift in focus,” he said in an email exchange.

“Politician seem happy to support wind, solar and electric vehicles through subsidies. But they are not willing to put prices” — a carbon tax, for example — “on fossil fuels.”

“Unless the emissions from fossil fuels goes down, the 2C target is an impossibility.”

In an informal survey last week of top climate scientists, virtually all of them said that goal is probably already out of reach.—AFP