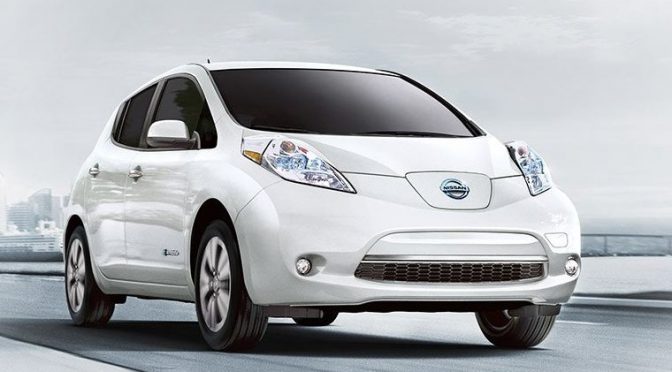 Nissan Motor Co has taken a step back into gasoline hybrids with its Note e-Power model, which the Japanese automaker hopes will act as a gateway for drivers who will later shift to all-electric cars.

With drivers yet to be fully won over by electric cars, Nissan hopes its new “near-electric” hybrid – which shares some parts with the Leaf – will allow it to shave costs and fend off competition in developing cheaper electric cars.

It’s a reversal of sorts for Nissan. When it developed the Leaf, CEO Carlos Ghosn signalled Nissan would leapfrog gasoline-hybrid technology and go straight to battery-powered cars with zero emissions.

That has left it trailing rivals including Toyota Motor Corp in hybrids, a segment between gasoline-powered cars and EVs. Toyota has sold more than 9 million hybrids since it launched the Prius in 1997.

Late last year, Nissan launched the e-Note, a compact hatchback that uses the same motor as the Leaf. The Note operates like an EV, but instead of drawing its power from a large, costly battery, it uses a smaller battery that is charged by a gasoline engine.

The result is similar to General Motors’ Chevrolet Volt, an electric car that resorts to its engine for charge when the battery is running low.

Nissan says affordability is key to attracting drivers and eventually getting them to upgrade to pure electric cars.

Sakamoto said he hopes to eventually use the Note’s new e-Power hybrid system for most of Nissan’s hybrid offerings – helping lower production costs for both hybrids and EVs.

“Until now, components including the inverter and motor were different between our hybrids and EVs. But the new system is different in that it shares parts with the Leaf. This creates manufacturing efficiencies,” he said, declining to give details.

The e-Power system is Nissan’s second foray into hybrids.

It launched its first in 2010, but with a limited range of hybrid models Nissan shipped just 95,000 such vehicles in the year to last March, a fraction of its total global sales of 5.4 million vehicles.

Nissan has said it is developing affordable, compact EVs for China, the world’s biggest autos market, and may use a plug-in hybrid system developed by Mitsubishi Motors, in which it bought a controlling stake last year. It is also developing a fuel cell vehicle which runs on electric power generated from ethanol.