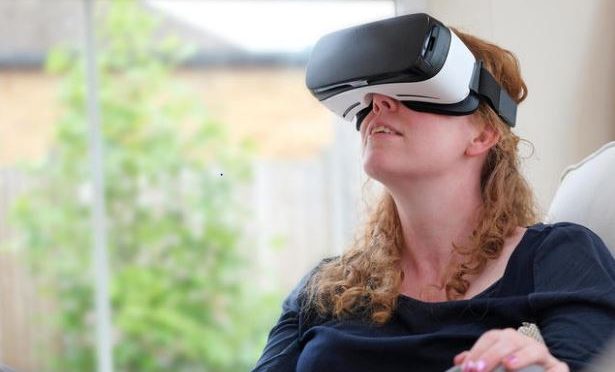 Memesys Culture Labs, founded by National Award-winning filmmaker Anand Gandhi, has launched a virtual reality (VR) app ElseVR channel. Its members said that it will help to bring a transparency in storytelling and narrative journalism.

Shubhangi Swarup, executive editor of ElseVR channel, told IANS here: “Coming from print journalism, I think it is not the print that is becoming a dinosaur but we journalists are…we have to change the style of storytelling with a fresh perspective and we have to learn how to incorporate technology for the betterment of stories.”

She added: “VR is one of the technologies that is giving a 360-degree view of an incident, bringing lots of questions in your (viewers’) mind and then on our website, through text, we are giving an insight on the issue where you (audiences) may find the answer. That’s how the VR adds a transparency and complements text and visual at the same time.”

Agreeing with her, Pourush Turel, one of the directors of the film “Cast Is Not A Rumor”, said: “VR is the medium in journalism where you cannot hide anything… that will create a better insight in visual storytelling. So, I think it is impactful and transparent”.

The channel is now ready with four documentaries – “Submerged”, “Cast Is Not A Rumor”, “Right to Pray” and “When All Land is Lost, Do We Eat Coal?”. There is also a virtual making of superstar Aamir Khan’s latest blockbuster “Dangal” that lets fans go through an experience straight from the film’s sets.

Sharing the initial idea of choosing a subject like caste politics, Naomi Shah, one of the makers of “Cast Is Not A Rumor”, said: “When we were looking for stories to make a documentary, we got to know about the march that was supposed to happen in Una, Gujarat where a group of Dalit people decided to declare freedom from their caste-based profession on Independence Day…”

“The film was made keeping VR in mind and it was very challenging to shoot. However, using VR technology gave a different dimension to the story.”

Turel said the aim of making the film is to “recreate awareness among urban people about the lives of dalits or people from the lower caste, who are cleaning garbage and manholes. Are they getting paid well? Are they suffering because of their profession? We are so engrossed in our lives that do not pay attention to such things. But is privilege hindering you to ask these questions?”

Talking about the accessibility of VR technology among common people, Shah said: “Most of the people are smartphone users and have access to internet nowadays. So, they can download our ElseVR app and can watch all the films. If they do not have the VR gadget, they can scroll on the screen using their finger and get a 360-degree view like that of a Facebook video.”