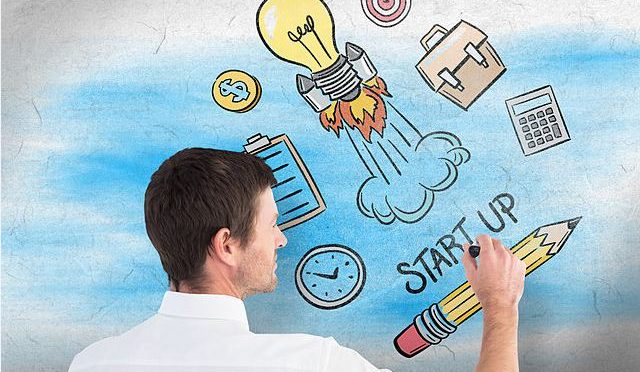 In the basement of a Bangalore building, hundreds of young Indians sit in neat rows of desks typing furiously, all dreaming of becoming the new Steve Jobs or Mark Zuckerberg.

A quarter of a century after liberalisation kick-started India’s economic transformation, a new generation of young people are capitalising on their parents’ hard-won financial security to try their luck in the risky business of tech start-ups.

“It’s actually not what I expected it to be. I thought that they would be a little bit behind, but they are actually working just as hard and there’s really cool stuff coming out of India these days.”

More and more young people in the country of 1.25 billion people are opting to go it alone, in stark contrast to previous generations that valued the stability of employment above all else.

India now has some 4,750 tech start-ups — the highest number in the world after the United States and Britain, which it is fast catching up. Success stories include Flipkart, Amazon’s rival in India, and online supermarket Big Basket.

From robots and mobile apps to smart kitchens and a cocktail-making machine the cavernous Bangalore office, which houses one of India’s biggest start-up incubators, is a veritable ideas factory.

Every meeting room bears a photo of a successful technology entrepreneur.

Vikram Rastogi is a robotics expert who set up a small incubator named Hacklab after visiting the prestigious Massachusetts Institute of Technology in 2014.

“So I thought let me start with something in India and try to make global product out of it,” Rastogi adds.

The engineering graduate is currently working on ways to enable drones to operate as part of a fleet in order to harness more information, an application that could be used to gather data over large areas such as the vast farms of Australia or Brazil.

But the path to building the next Google or Apple is not always smooth.

“When I started this we had a lot of people who came to us with start-up ideas,” Rastogi says, but he admits that some give up over time often due to family pressure to get a salaried job.

Sylvia Veeraraghavan, one of the millions who have migrated to Bangalore for work since the 1990s, is watching this new generation of self-starters with interest.

When she moved there, the city was becoming a outsourcing hub for Western technology companies seeking a cheap and well educated workforce through companies such as Infosys, Tata Consultancy Services and Wipro.

“For me, for the people of my time, getting a job was a very big deal. The kind of values that we used to have are very different from the values that people have today,” said Veeraraghavan, who now works for a charity after a 25-year career in IT.

She believes the rising prosperity of India’s middle class has given young people the freedom to experiment.

“They are not constricted, or restricted, having to take up a job, or finding their next meal,” she said. “They can be innovative, they can be imaginative.”

It is a trend that looks set to continue — according to forecasts, between 200,000 and 250,000 people will be working in tech start-ups by 2020, nearly double the current number, according to software industry association Nasscom.

Traditionally there has been a well-trodden path from Indian IT institutes to a master’s degree in America and then on to a plum job in Silicon Valley.

But US President Donald Trump’s crackdown on immigration — including a proposed restructure of the H-1B working visas often used by tech firms to recruit foreign skilled workers — may mean even more of India’s tech stars opt to carve a new route to success at home.

It remains too early to say what impact Trump’s planned immigration reform could have on India, but for Aneesh the answer is simple.

He is already confident that when he finishes his studies in Chicago, he will be heading back to India not California.—AFP